A while back, I took a graduate course called Developing Innovators and Innovation Skills. I struggled to muster any enthusiasm considering the course began only two days after we broke for the summer. I was also leery of how useful the course would be for an art teacher. I was relieved to discover that the instructor could not have been more knowledgeable, and the material turned out to be malleable enough for any classroom situation. 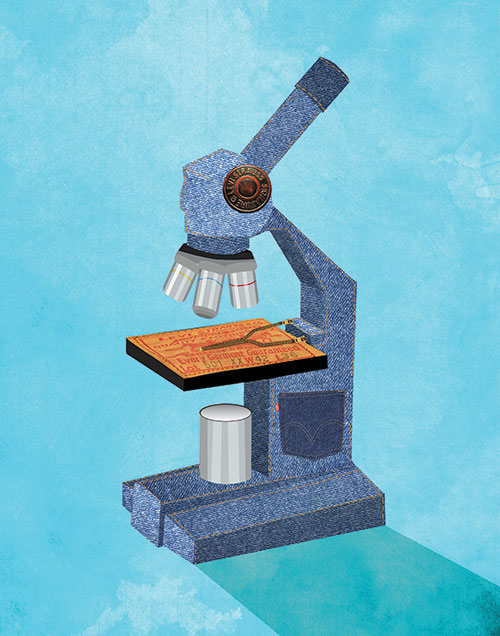 The course was developed based on the book The Innovators DNA: Mastering the Five Skills of Disruptive Innovators by Jeff Dyer, Hal Gregersen, and Clayton M. Christensen. The book was originally intended for businesspeople. After its release, however, individuals in other fields found that they could apply the five main concepts outlined in the book—associating, questioning, observing, networking, and experimenting—to their own situation.

Frankenstein Design
In the months that followed, I eagerly put some of what I had learned into effect here and there. Then I hit a resounding home run with a project I engineered for my Advanced Computer Graphics class. I called it “Frankenstein Design.” The idea originated from a Dada-like exercise we performed during the course that addressed the concept of association, where we asked ourselves what would happen if we combined two very different objects.

Phase One
I divided the class into small groups and gave them access to piles of various magazines. Each group was asked to locate in the magazines two very different objects, find a way to combine them, and then describe the merged objects’ intended use.

One of my favorite outcomes was the Punching Bag, which combined a boxing glove and a paper bag. The intent was, if someone were to steal your lunch, a spring-loaded boxing glove would launch into action, thus deterring any future stolen lunches. Barring bodily harm, I was charmed by the play on words and the group’s originality.

Phase Two
For phase two, each student wrote on two separate pieces of paper the names of two objects of their choosing and placed the papers in a hat. Each student then picked two of the papers from the hat. There were two simple rules: no do-overs or trading, and students had to work with the two listed objects they pulled from the hat.

Some squealed with bliss; others groaned after discovering what they would be designing with. I reminded them to just have fun with it, be silly, get in some playtime, and a solution would eventually present itself. They just needed to be patient and trust the process.

The Eight-Step Design Process
To help students with that undertaking, I had them complete an in-depth packet based on the eight main steps of the design process: identify the problem, identify criteria and constraints, brainstorm possible solutions, generate ideas, explore possibilities, select an approach, build a model or prototype, and refine the design.

My advanced-level students are required to come up with design solutions based on their individual interests rather than working from a step-by-step tutorial with which I often provide my introductory-level students. There is a very common misconception among young design students that you simply hop on the computer and design genius materializes without giving any consideration to multiple design solutions, process, procedure, and research. The packet gives them the tools to thoughtfully approach and conquer a design question.

A Quick-Fire Challenge
After students submitted their packets for review, they engaged in a friendly competition via a quick-fire challenge. I introduced these one-day challenges this year to reinforce and review acquired skills. (I adapted the idea from the television show Top Chef.)

Afterward, I revealed the quick-fire solution with student participation. This gave students an opportunity to ask questions, acquire new skills, or clear up any confusion. All students received a participation grade, and two winners were selected based on the challenge. Their reward was extra points that could be applied to the project. Students who won previous challenges received the participation grade but were omitted from receiving the extra points. This ensured that every student had a chance of winning at some point during the year. 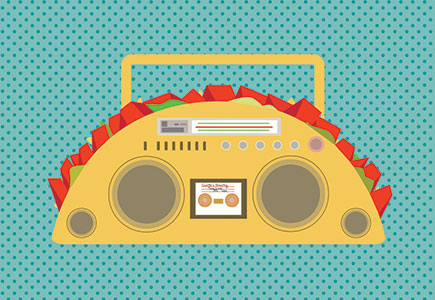 Moving to the Computers
By now, students were chomping at the bit to make design magic. Students could use Illustrator, Photoshop, a combination of the two, hand-rendered elements, and photographic material. They had carte blanche in choosing how they wanted to proceed and the materials they wanted to use. They could incorporate as much or as little of their objects in any fashion they wanted. I was impressed with how clever and humorous their solutions were and how personally invested they became.

Students placed a JPEG of their finished work into a Word document. Within the document was a two-column table. One column was labeled “Love It” and the other “Needs Some Love.” Students could also pose a question to the class about their work if they chose to.

I set a timer for two minutes during which students write their comments about the work using tools such as the elements of art and principles of design; they could comment on mood, technique, and content. When the time was up, each student moves to the computer to the right. They continued this process until they ended up back at their own computer. I found this strategy to be engaging, constructive, and rewarding.

I’m left wondering if any of my students’ creations might someday find their way into the real world. How much fun would that be! 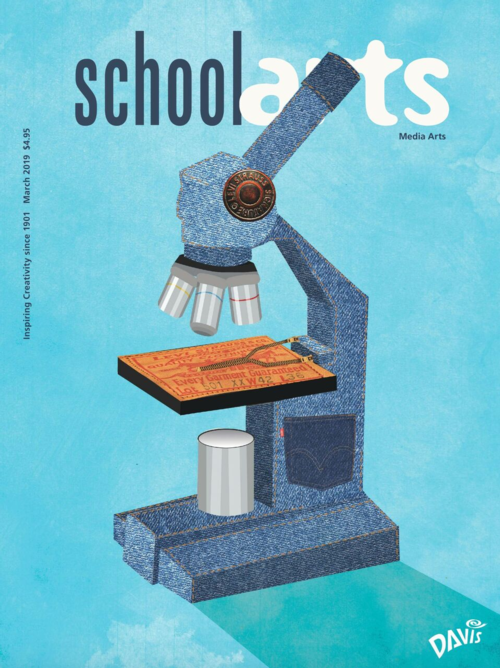