On March 24, 2018, many of our students walked out of their classes along with thousands of other young people across the country. Some walked out in support of gun reform laws, others to honor the victims of the shooting at Marjory Stoneman Douglas High School. No matter their reason, all who participated did so as a result of conversations that were sparked following the horrendous tragedy that our nation witnesses all too often.

In a rural school such as the one in which I teach, students share diverse opinions that make political debate  ongoing and turbulent—not unlike the climate of the country at this time. Though it is a difficult and sensitive time, I’ve observed that many of my middle-school students engage in conversations with their peers about what they see and hear in the news. They want an open conversation and to learn more about the things they fear.

Students were seeking ways to feel safe and secure in their school, and they were engaging in real, practical dialogues about how to achieve that. For their final project of the course, I reacted to these conversations by introducing a conceptual lesson in which students could share their voices.

Discussing Theme
The project itself, although unrestricted, was heavily guided. We studied “theme” by looking at Nick Cave’s Soundsuits. I asked students to form an opinion about Cave’s intentions for creating these sculptural and wearable objects. I slowly added more information to the mix and we observed how their impressions changed. Students were ultimately surprised to learn about the racial significance of the pieces and we discussed the strong themes that unfolded in Cave’s work.

Responding to the Word “Safe”
To help guide students’ theme creation, I asked them to respond to the word “safe.” They developed reaction word lists, discussed with peers, and did some stream of consciousness writing and drawing. Following their  brainstorming, I urged students to take “safe” on a journey unique to their thematic ideas and allow the word to morph and evolve.

The Concept of Safe
Creating conceptual work with middle-school students can be a challenge; however, students impressed me with their wide-reaching concepts. With a focus on symbolism, students used cut oak tag to create a scene with their concepts in mind. Their scenes ranged in subject matter and showed both the concept of “safe” and its opposite.

One scene depicted a scared looking figure hiding next to a large barricade. Next to the barricade was a monster tall enough to easily reach over the wall-like structure. Another scene depicted a parental figure reading to a small child in his bed, creating a feeling of warmth and safety.

Silhouettes and Shadows
Once the scenes were cut out, the products acted as silhouettes from which students could create shadow imagery. Inspired by the multimedia productions of the contemporary shadow performance group Cave Dogs, students brought their scenes to life using lighting techniques covered in class. They were able to make their small props larger than life and appear to be moving using a simple flashlight and a darkroom. The shadow scenes were held up with wire and art-straw structures that students created as a separate prompt to the word “safe.”

Working Collaboratively
Students worked in groups to create large structures that could host the smaller scenes they created. They were again asked to consider the word “safe” and react to it through the structures they created. When we got to this part of the lesson, I found myself confronting an unexpected issue. Many students created structures that acted as “wombs” which could protect, while others created barricades or walls. When one group presented their idea of creating a gun rack as a response to the word “safe,” the personal me, the one who isn’t a teacher, was conflicted.

Opposing Views
Educators are in a tough position when it comes to teaching students how to use facts to form and voice their opinions. We are encouraged to hear our students but discouraged from sharing our own ideas and thoughts in certain regards. Art teachers especially have a unique position as personal expression is a cornerstone of our craft. I have always encouraged students to confidently share their opinions about topics that are important to them, but I have never encountered a time in my teaching when my own opposing view has affected me so.

When students shared that gun rack design, I did what I thought was best—I asked questions, listened to their opinions, and encouraged them to seek facts. As our political climate gets more and more tumultuous, encouraging students to form their own thoughts and guide them toward facts becomes more important.

This lesson was a great way to end the course and students enjoyed creating their shadow sculptures. Watching students become storytellers through voice, movement, and sculpture was really satisfying, and knowing they were sharing a piece of themselves in the process was quite moving. 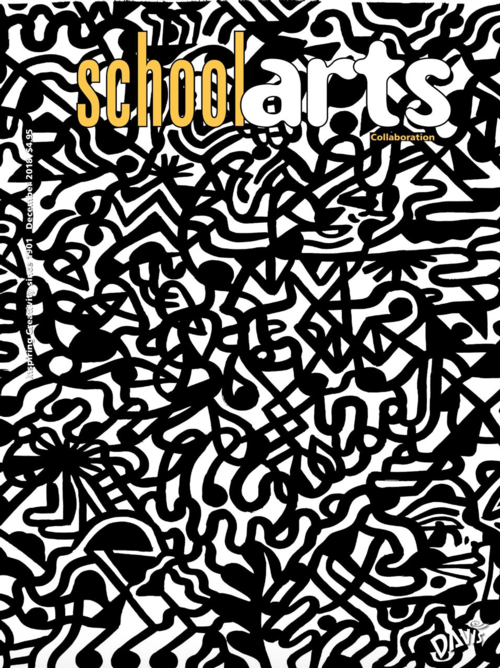