As an art educator, I wanted my students to explore the negative effects of plastic on our environment. My purpose was to help them understand not only what is happening to our environment, but also why our water resources are so important and what they can do collectively and individually to help keep our environment thriving and free of plastic. 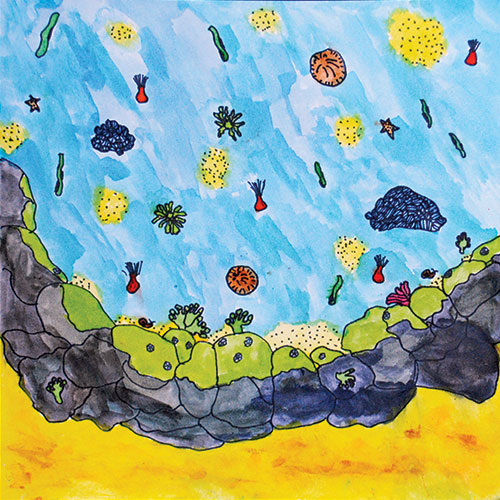 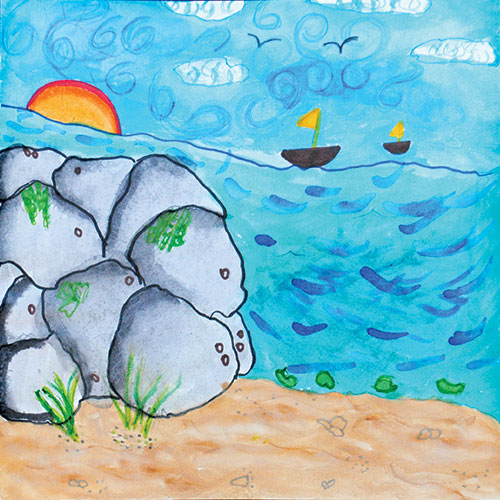 Where to Start?
The community that I teach in is on the north shore of Long Island, New York. The Long Island Sound is our backyard and playground. My students spend their summers on local beaches, swimming, playing, and watching the sunset. I knew this would be the best place to start because they already have a fondness for our North Shore beaches. Now they were about to learn the environmental importance of the Long Island Sound as well.

Let the Research Begin
After some preliminary research, I provided students with information about the Long Island Sound, and each of my sixth-grade classes used this information to begin their research. As questions came up, students used the internet for additional research. They sifted through information and learned that the Long Island Sound is an estuary, a place where fresh water from rivers mixes with salt water from the Atlantic Ocean. Estuaries are among the most productive ecosystems on earth. The Long Island Sound was even designated an estuary of national significance by the National Estuary Program. Students also learned that the sound is made up of a variety of different habitats, such as tidal flats, salt marshes, eelgrass beds, and a rocky intertidal zone.

Time to Get Creative
I asked students to choose one of the various habitats to use as the inspiration and subject matter for their artwork. Once students selected a habitat, they needed to decide on their composition. Some students focused on the habitat as a whole and created landscapes that included many details of the plants and animals they discovered during their research. Others focused on a single plant or animal. Students also used their own experiences from the Long Island Sound and its various habitats as inspiration for their artwork. They sketched their designs with pencil, then outlined them with ultrafine black permanent markers and finished with watercolor paint.

Mural Time
When all ninety-seven students completed their individual compositions, the real work began. Our final project would be a collaborative 5 x 12' (1.5 x 3.6 m) canvas mural including including at least a portion of each student’s art piece. I wanted the composition to show the Long Island Sound and its various habitats, plants, and animals. This meant we needed to depict the beach, under the water, the bluffs, tidal marshes, and the rocky intertidal zone all in one composition.

Once we had the basic landscape sketched out onto the canvas, I directed students where to draw all or part of their individual pieces. This was challenging because the four classes were held on different days and never actually worked on the canvas at one time. Once the entire composition was drawn in pencil, students outlined it with ultrafine permanent markers.

Then it was time for painting. Watercolor was a great choice because it’s very forgiving on a primed canvas, and we could return to the composition and lighten or darken elements as needed. When the painting was complete, I sprayed it with a clear fixative.

A Connection Is Made
Throughout the entire process of this project, I shared stories about how plastic is devastating our environment, such as animals found with plastic wrapped around or inside their bodies, floating garbage islands in our oceans, and surfers surrounded by toothbrushes while surfing. We all began to think about how we use plastic, and if it was necessary.

Soon, students were sharing stories they had found with me. They were becoming aware. This was a fantastic step! Before I knew it, some of my students were planning plastic bag drives and organizing beach cleanups with their Girl Scout or Boy Scout troops. They learned that art can teach us, empower us, and bring awareness to those around us. Students kept their individual artworks, and the mural now hangs in the sixth-grade wing of our school as a legacy piece. 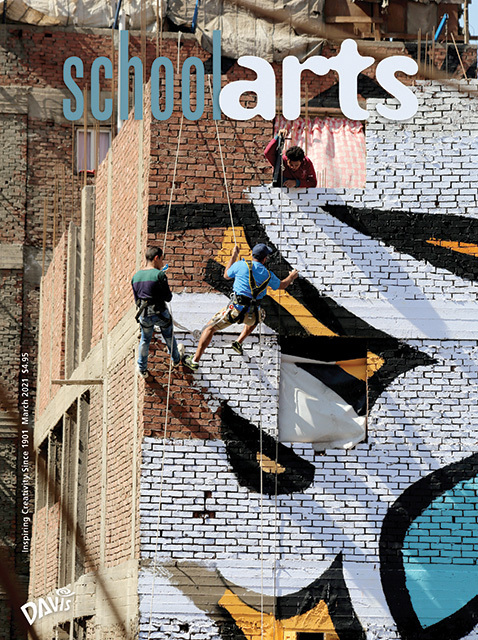