Is nature a welcome guest in your artroom? I was fortunate to grow up surrounded by woods, and my father was a scoutmaster who taught me to look closely at nature. As an art teacher, I always tried to either bring nature into the artroom or take my students outside in it. Today, more than ever, we need to help our students find joy in nature. 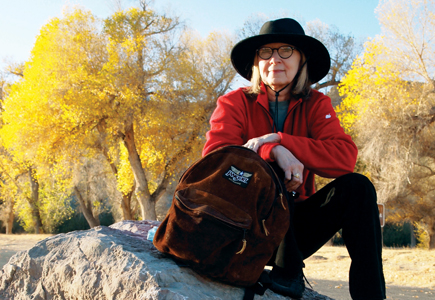 You can find many scientific studies detailing the benefits of experiencing and responding to nature. One practice found in Japan is called shinrin-yoku, which translates as “forest bathing.” We practice shinrin-yoku by enjoying the forest environment or taking the forest in through our five senses with a meditative focus. Shinrin-yoku was developed in Japan during the 1980s and has become a cornerstone of preventive healthcare and healing in Japanese medicine.

According to research from the University of East Anglia’s Norwich Medical School that involved evidence from more than 140 studies, twenty countries, and more than 290 million people, noticing nature increases general happiness and well-being. This study defined natural environments as “open, undeveloped land with natural vegetation as well as urban green spaces, which included urban parks and street greenery.”

The average American spends 93 percent of his or her time indoors and only 7 percent outdoors, according to a recent study sponsored by the Environmental Protection Agency. Similarly, the Child Mind Institute reports that the average American child spends four to seven minutes a day outdoors, and more than seven hours a day in front of a screen. Television, the Internet, and social media have certainly contributed to this sad statistic. This behavior even has a name: nature deficit disorder.

So what can we do as art teachers to help our students experience and appreciate nature more fully? One approach I took was to feature the seasons throughout the year as inspiration for art. A focus on the natural world also fits beautifully with a STEAM (science, technology, engineering, art, and math) curriculum.

If you can’t take your students off campus into a natural setting for shinrin-yoku, enjoy the environment of your school or someplace that’s within walking distance. Start
a nature garden at your school and involve your students in planning, creating, and maintaining it.

No matter what approach you take, help your students experience the joy of nature. 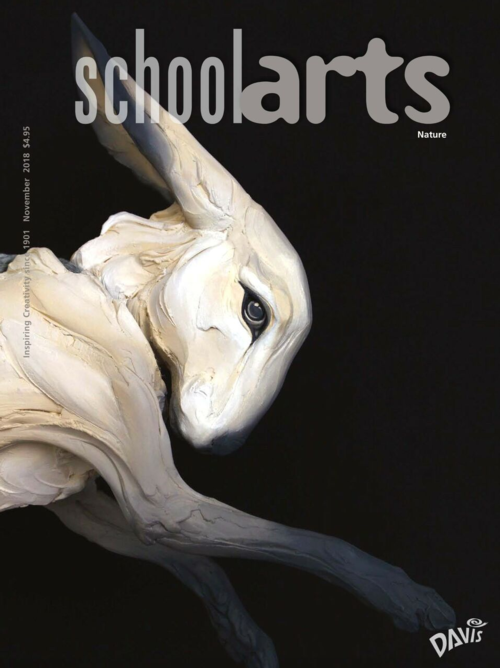 The lessons and articles in this issue will inspire you to take students outdoors and find joy in nature. Students learn about sound and tone and develop mixed-media wind chimes; draw landscapes that depict foreground, middle ground, and background; celebrate the changing seasons with year-round flora sketching in an outdoor “art garden,” and more.