A photographic journal that vividly articulates a son’s connections, captured through his camera, as his father succumbs to Alzheimer’s. Experience the love, dignity and profound intimacy shared between Stephen DiRado and his family over a chronological span of twenty years. 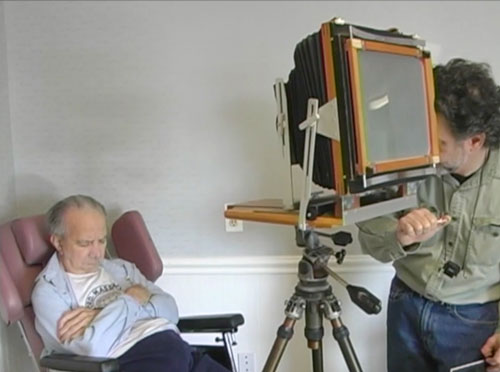 Glimpse a moment between Stephen and his father during the making of With Dad, from the short film by Soren Sorenson. 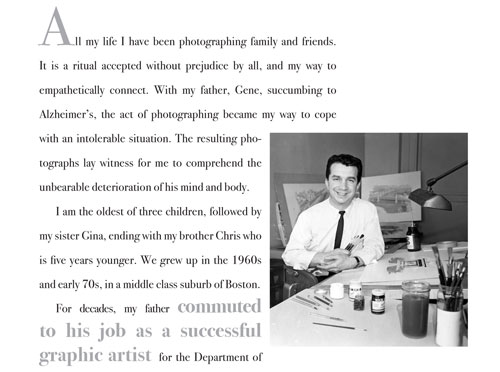 Take a sneak peek inside this book. 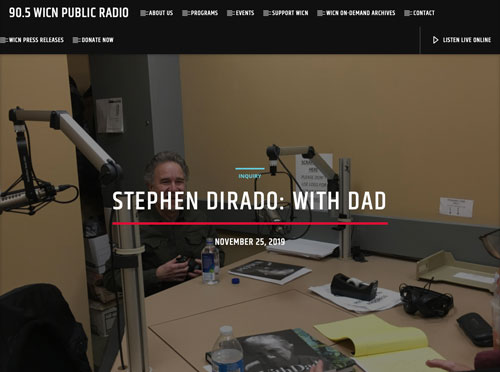 Learn about the process of making With Dad in this interview with photographer Stephen DiRado. 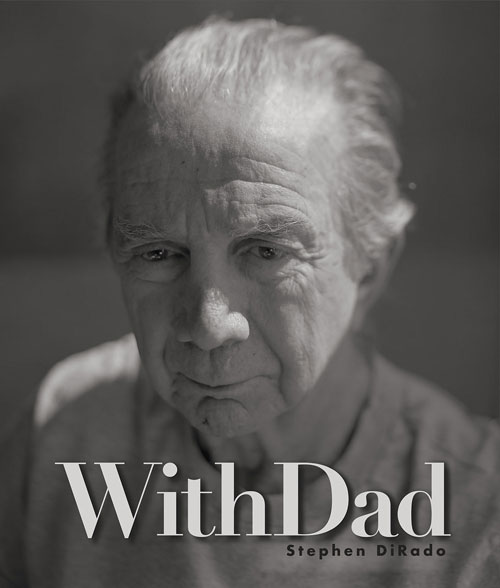 With Dad is a photographic journal that vividly articulates Stephen DiRado’s connection to his father Gene as Gene succumbs to Alzheimer’s. Images from a chronological span of twenty-plus years beautifully tell the story of Stephen, his brother Chris, sister Gina, and mother Rose as they take on a variety of roles caring for Gene in their home, hospital, and eventually a nursing home.

The result is an emotionally charged book that illustrates the unfolding physical and psychological impact Alzheimer’s had on the entire DiRado family. Stephen’s vision, captured through transformative black-and-white photographs, empathetically portrays Gene without sentimentality and concludes nine years after his father’s death with Stephen’s resolve to document his mother Rose as an active and healthy senior surrounded by family.

What is graphically evident throughout this powerful book is the love, dignity, and profound intimacy Stephen and his family endured throughout their journey. 82 pages, softcover

NEW! Davis Select: Curated titles exclusively chosen for their artistic quality, content, emphasis on documentation of historic or contemporary visual culture, as well as their connection to the importance of art.