Looking for Signs and Symbols

Since I moved to New Mexico, I’ve been on a search for the signs and symbols of prehistoric Native American petroglyphs are images created by removing part of a rock surface by incising, picking, carving, or abrading, as a form of rock art. (They differ from pictographs, which are painted.) The word petroglyph comes from the Greek words petros meaning stone and glyphic meaning to carve. There are a number of places to find them in New Mexico, but many are on private or protected land and access is limited to preserve them and to discourage their defacement or removal.

One accessible site near the Santa Fe airport is called La Cieneguilla. These ancient petroglyphs contain representations of birds, deer, animals, and more. A 1991 archeological survey recorded over 4,400 images within less than a mile. The descendants of the people who made these petroglyphs now live along the Rio Grande at the Cochiti and Santo Domingo Pueblos and still consider these sites sacred. Most of the images are considered to date to between the 13th and 17th centuries. 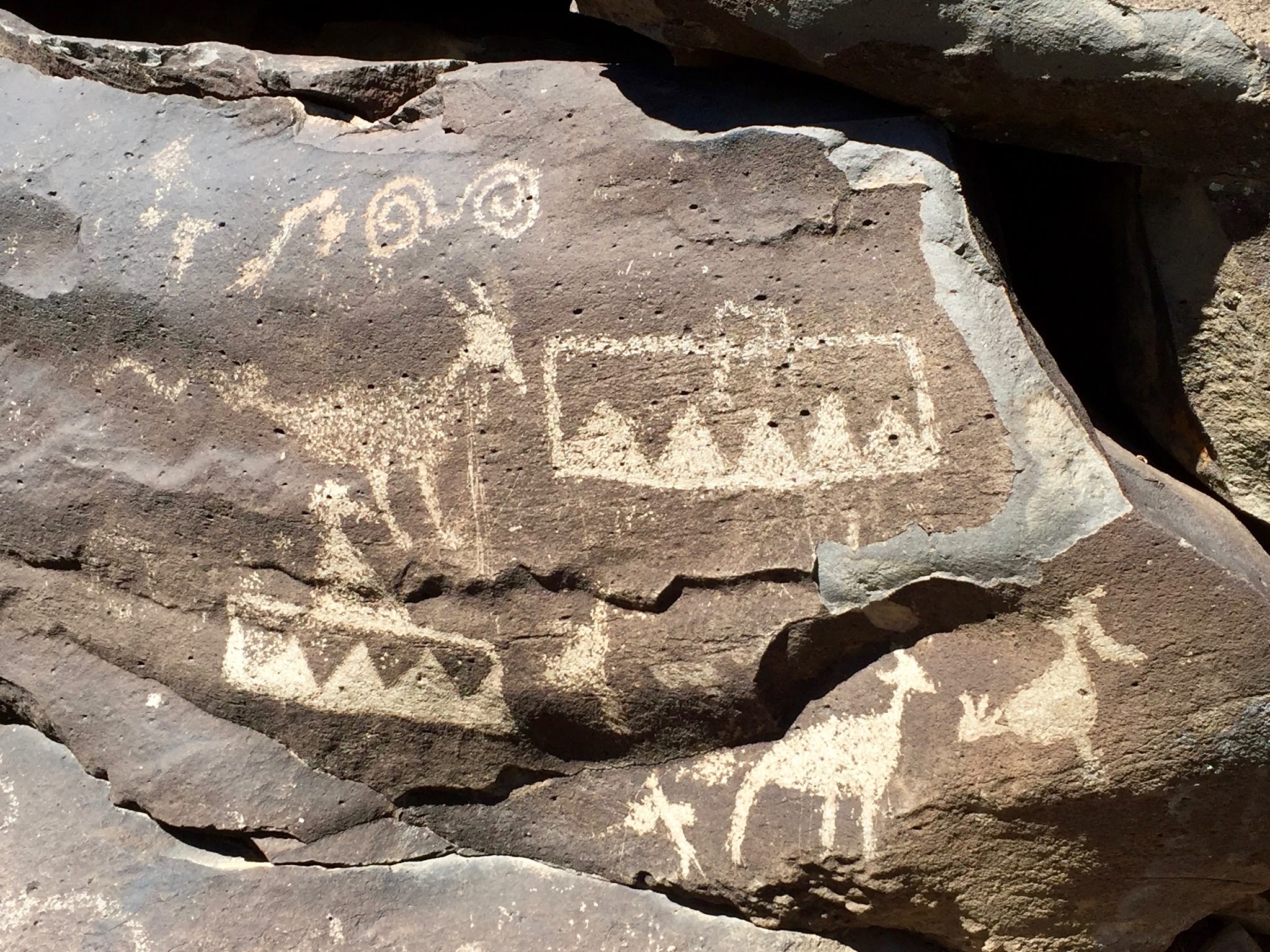 The exact meanings of these petroglyphs are not known (and we may not be entitled to that knowledge) but there are many recognizable images, such as hands, four-legged creatures, bird, spirals, and geometric forms.

Such ancient carvings into rock are found around the world, with amazing similarities in design and image. In our contemporary world, signs and symbols still carry meaning and importance, whether they take the form of initials, graphics, logos, mandalas (circular geometric patterns), QR codes, emoticons (graphic pictorial representations of facial expressions using punctuation marks, numbers and letters), or emojis (pictorial images used in email and web pages). We hope the articles offered in the December issue of SchoolArts will inspire you to explore signs and symbols both ancient and contemporary with your students.