In Search of Petroglyphs

Now that I am living in New Mexico, I have more time and opportunity to explore this amazing land. I'm usually thinking about the summer seminars Stevie Mack and I lead, looking for new (and accessible) places to take our participants. 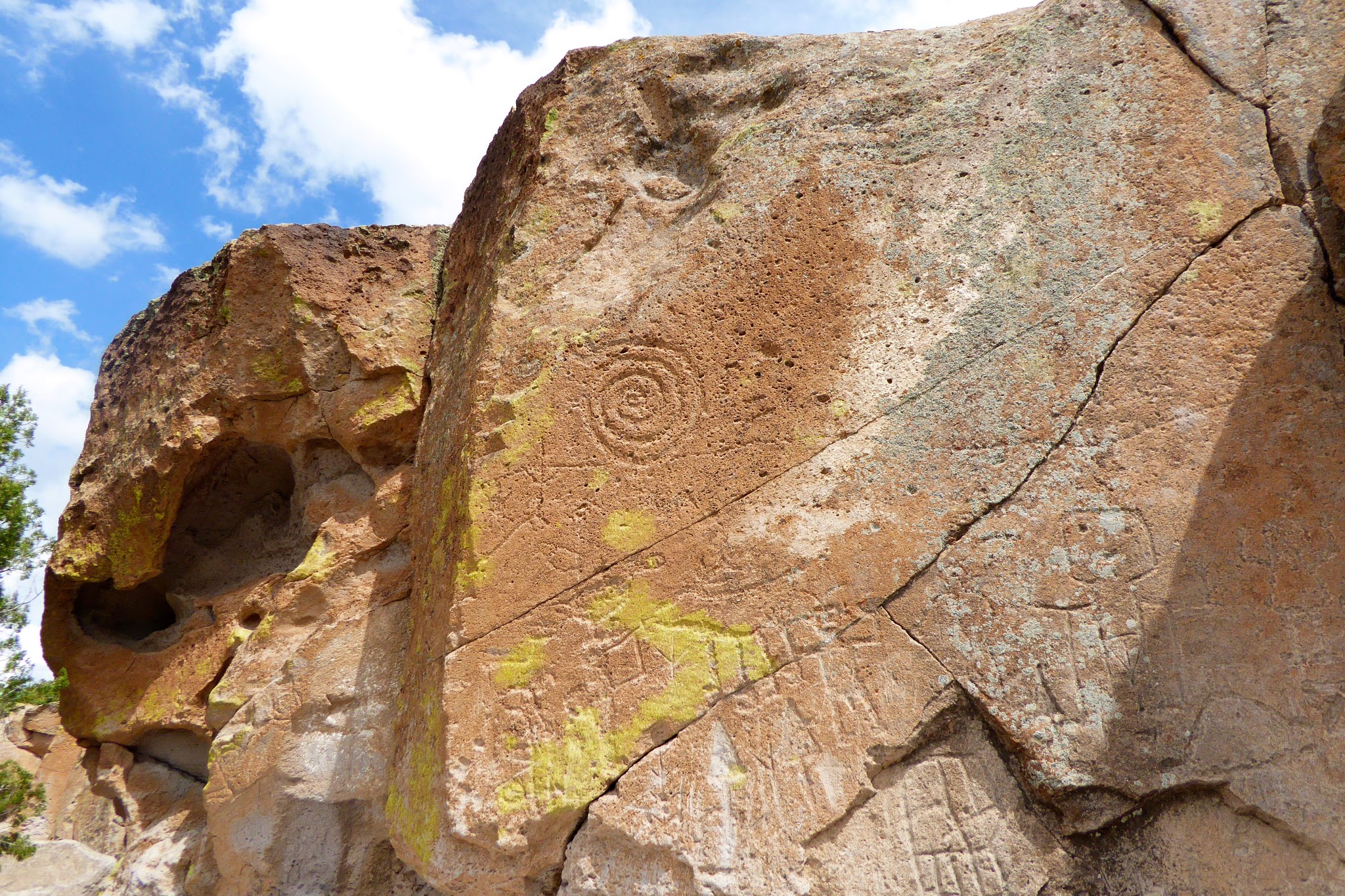 I am currently in search of petroglyphs, ancient carvings into stone, that are not too hard to reach. We returned to Tsankawi this week, after cutting short an earlier hike because of the fear of lightning strikes. Tsankawi is a part of Bandolier National Monument near Los Alamos. 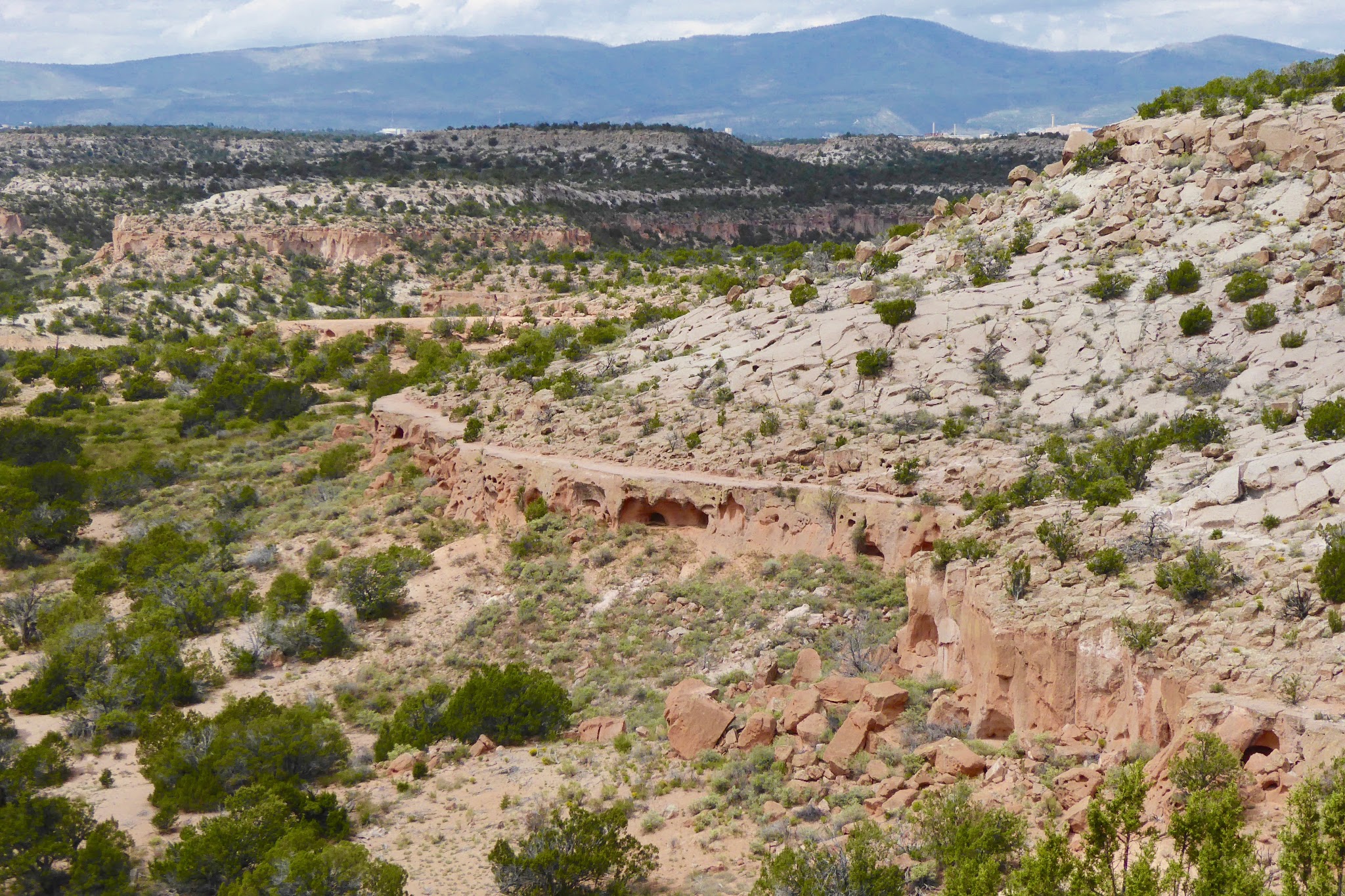 The entrance to Tsankawi is different than the one to Bandolier, so it is not as well known and subsequently less crowded. It offers two trails, one that goes up the petroglyphs and a lower, flatter trail. 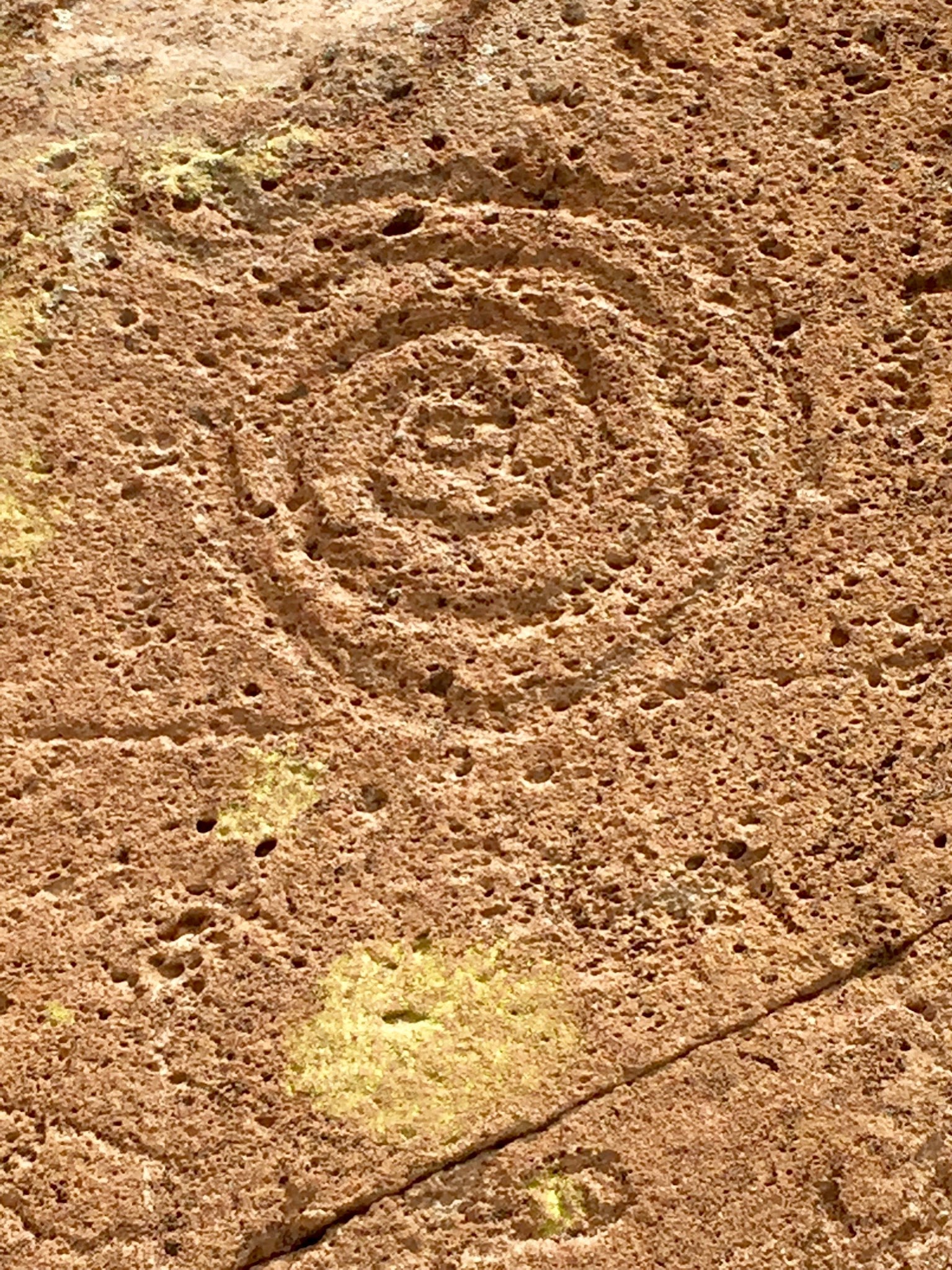 The yellow color here is lichen, not paint. Spirals are common petroglyphs found around the world. 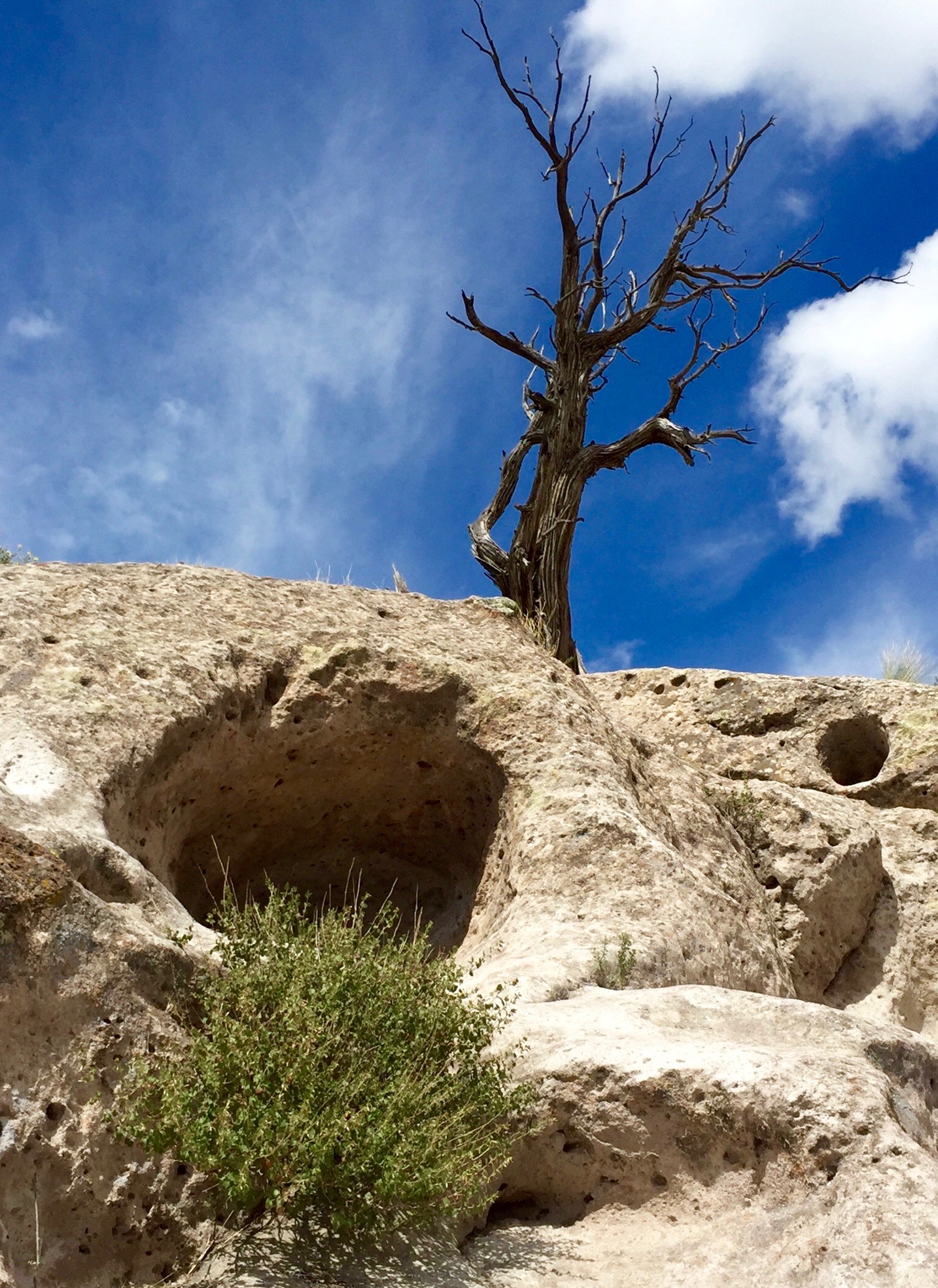 New Mexico is a geologist's dream. Cave-like openings here were used by ancestral people as dwellings, often with an adobe structure attached to the front. 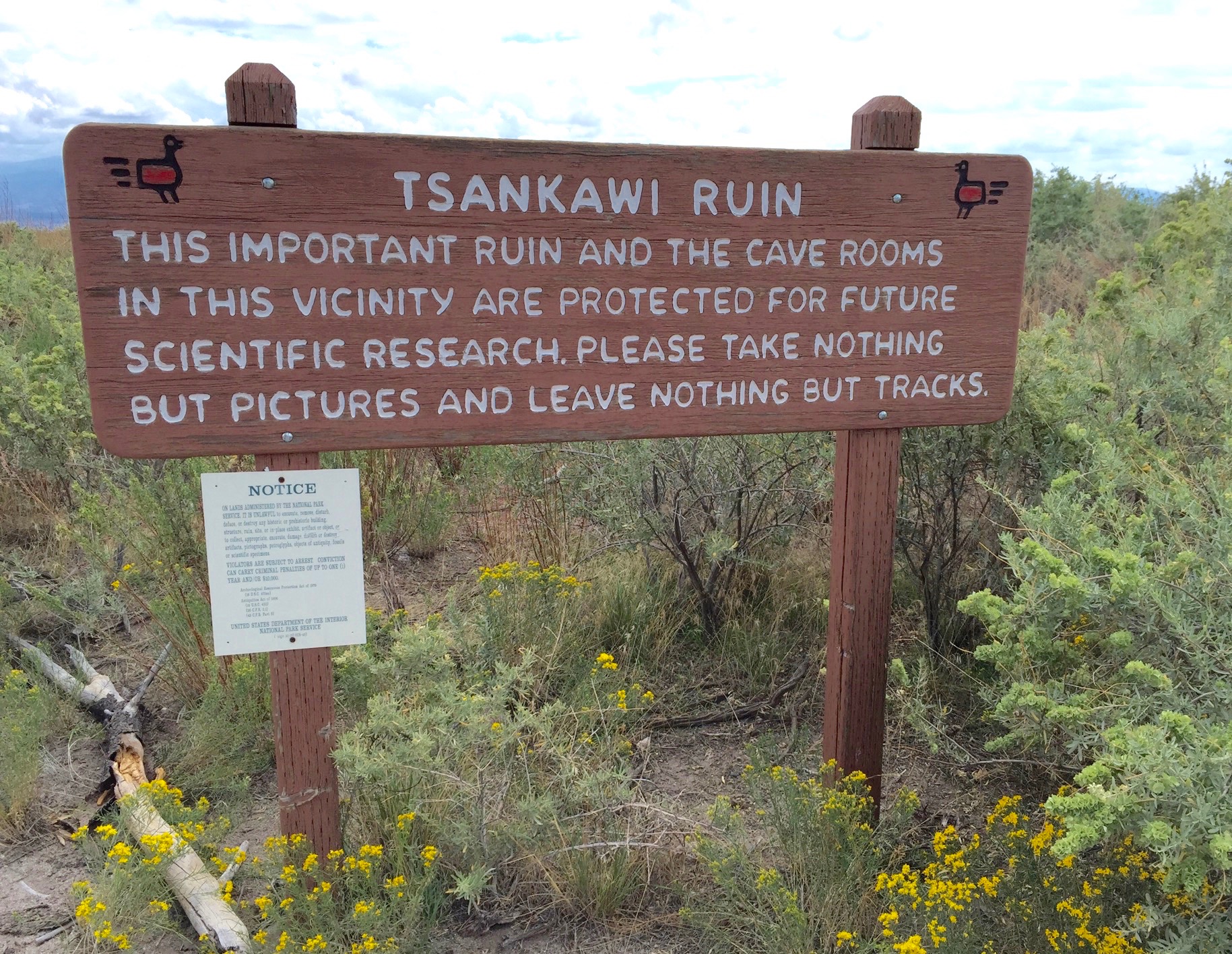 None of Tsankawi has been excavated, though evidence of occupation is seen in the remains of foundations of small adobe structures. 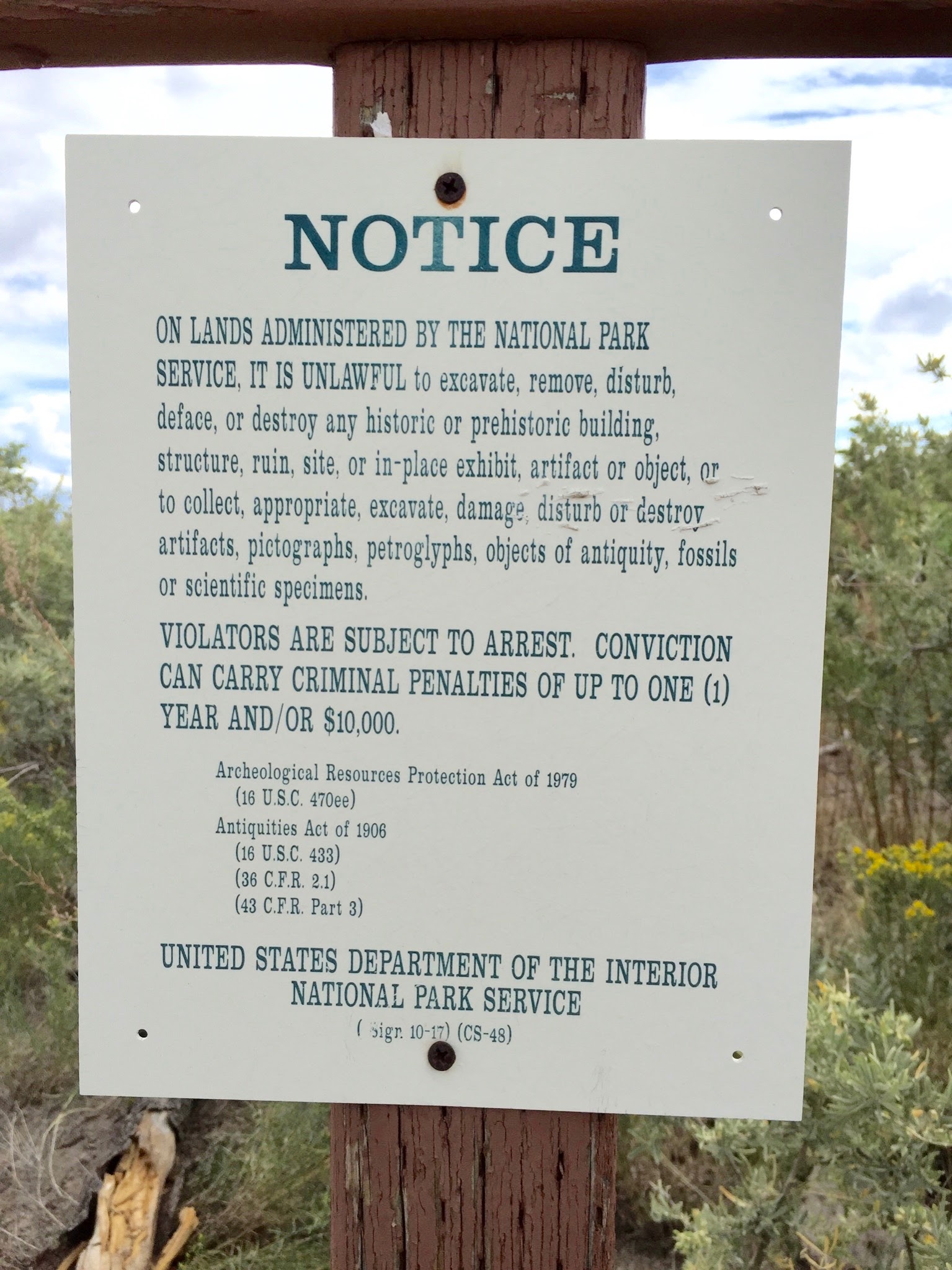 "It is unlawful to excavate, remove, disturb, deface, or destroy and historic or prehistoric building structure, ruin, site, or in-place exhibit, artifact, or object, or to collect, appropriate, excavate, damage, disturb, or destroy artifacts, pictographs, petroglyphs, objects of antiquity, fossils, or scientific specimens." 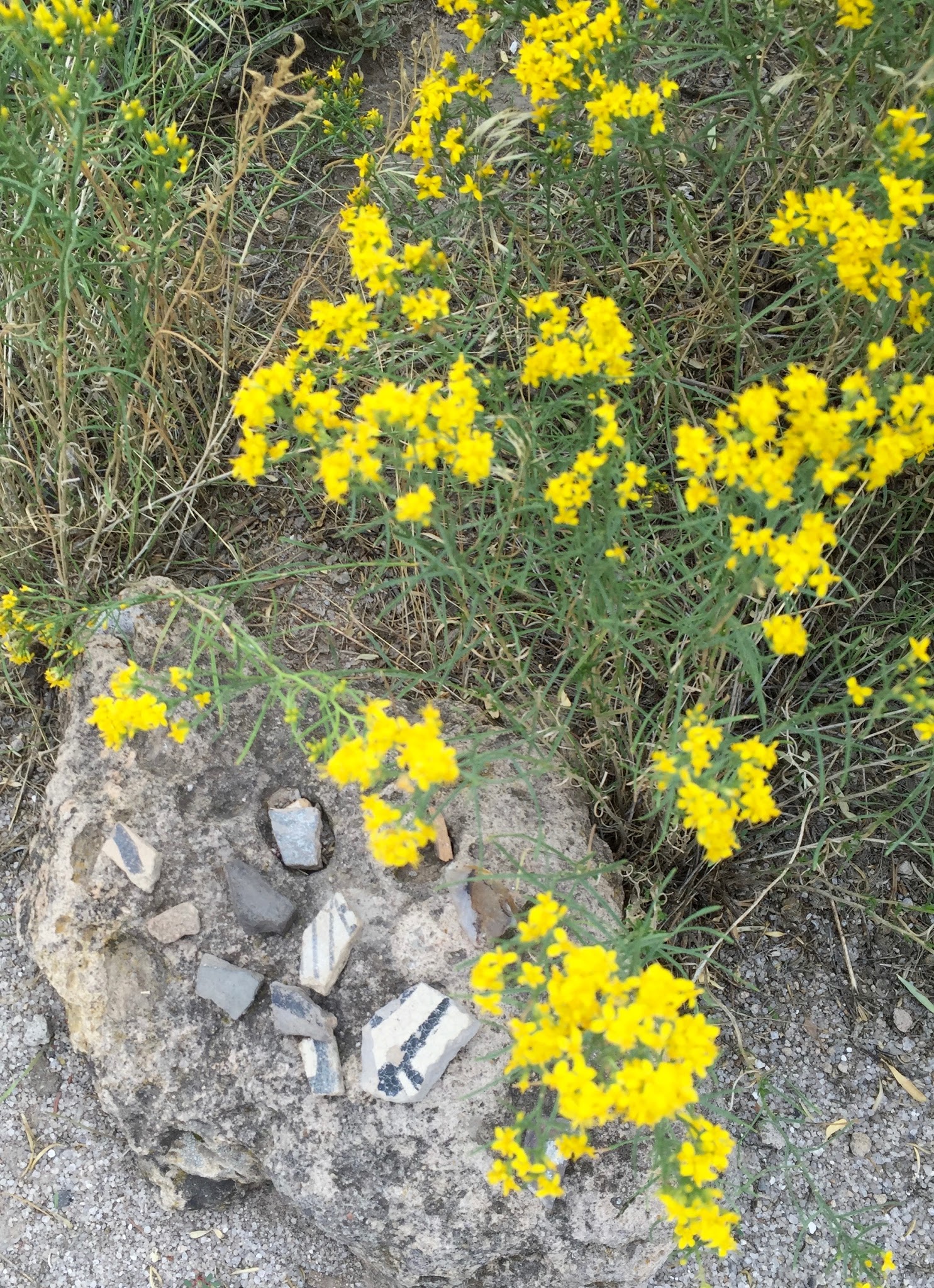 I took this photo right beside the sign. On a rock were placed a number of ancient pot shards, probably returned by someone who had taken them from this or another ancestral pueblo site. It is bad karma to take things away from such a site and people have been known to return them. 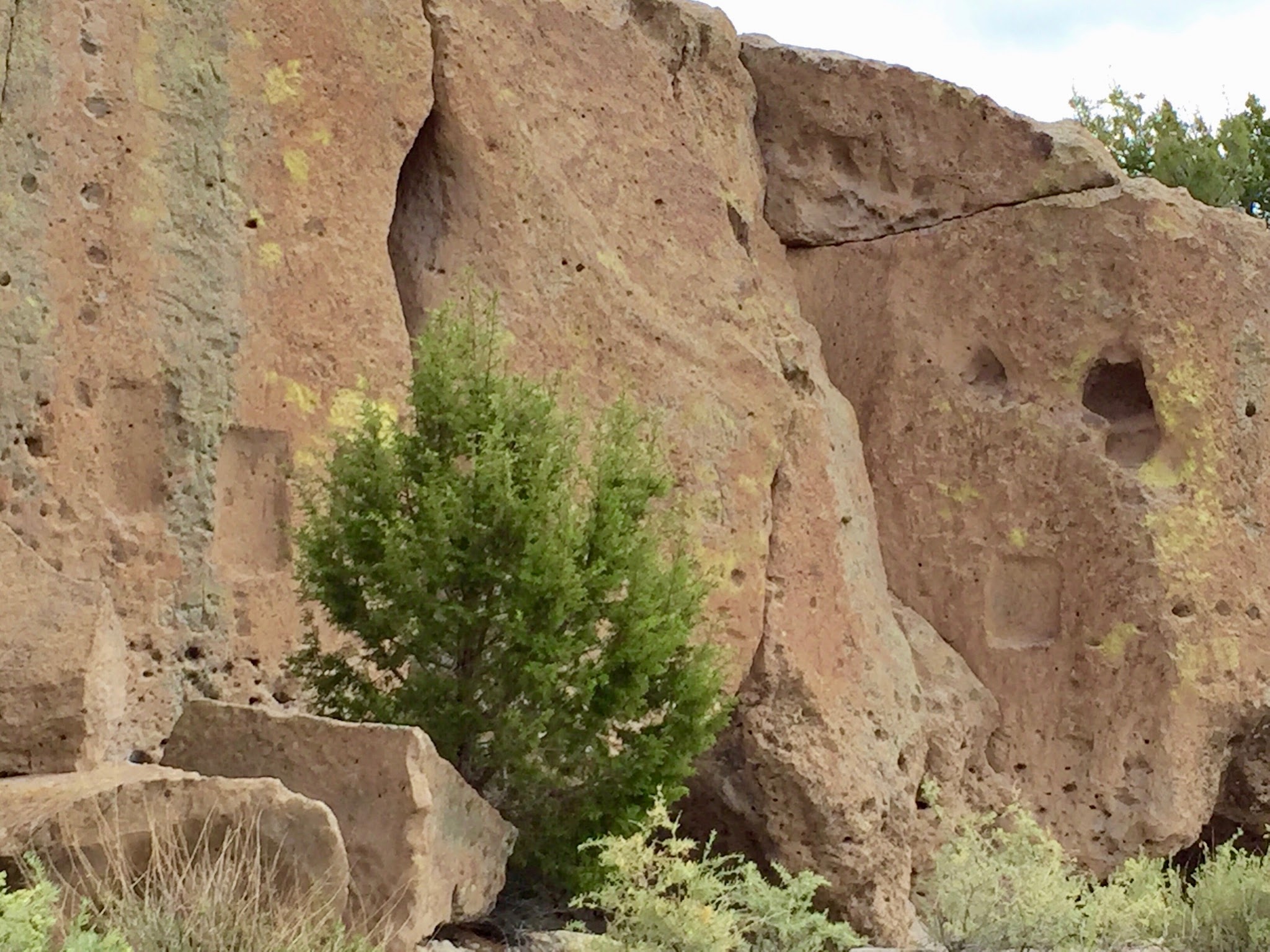 We were curious about these rectangular forms that had been carved into the rock. They were definitely human-made.

Many of the petroglyphs were difficult to decipher but we did see many spirals. We can only surmise what petroglyphs meant to the people who made them. 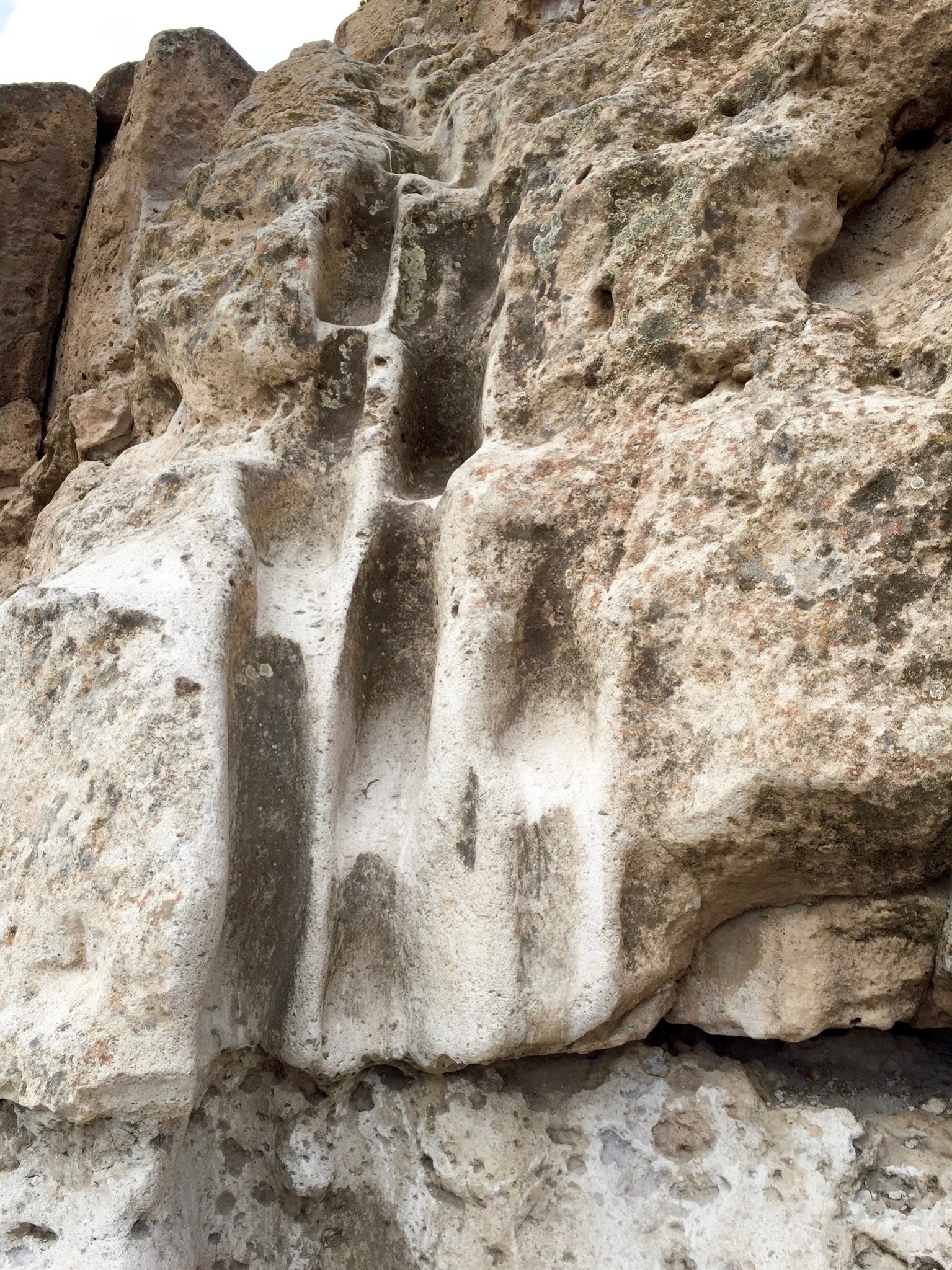 Many of the features included hand and foot holds cut into the rock. 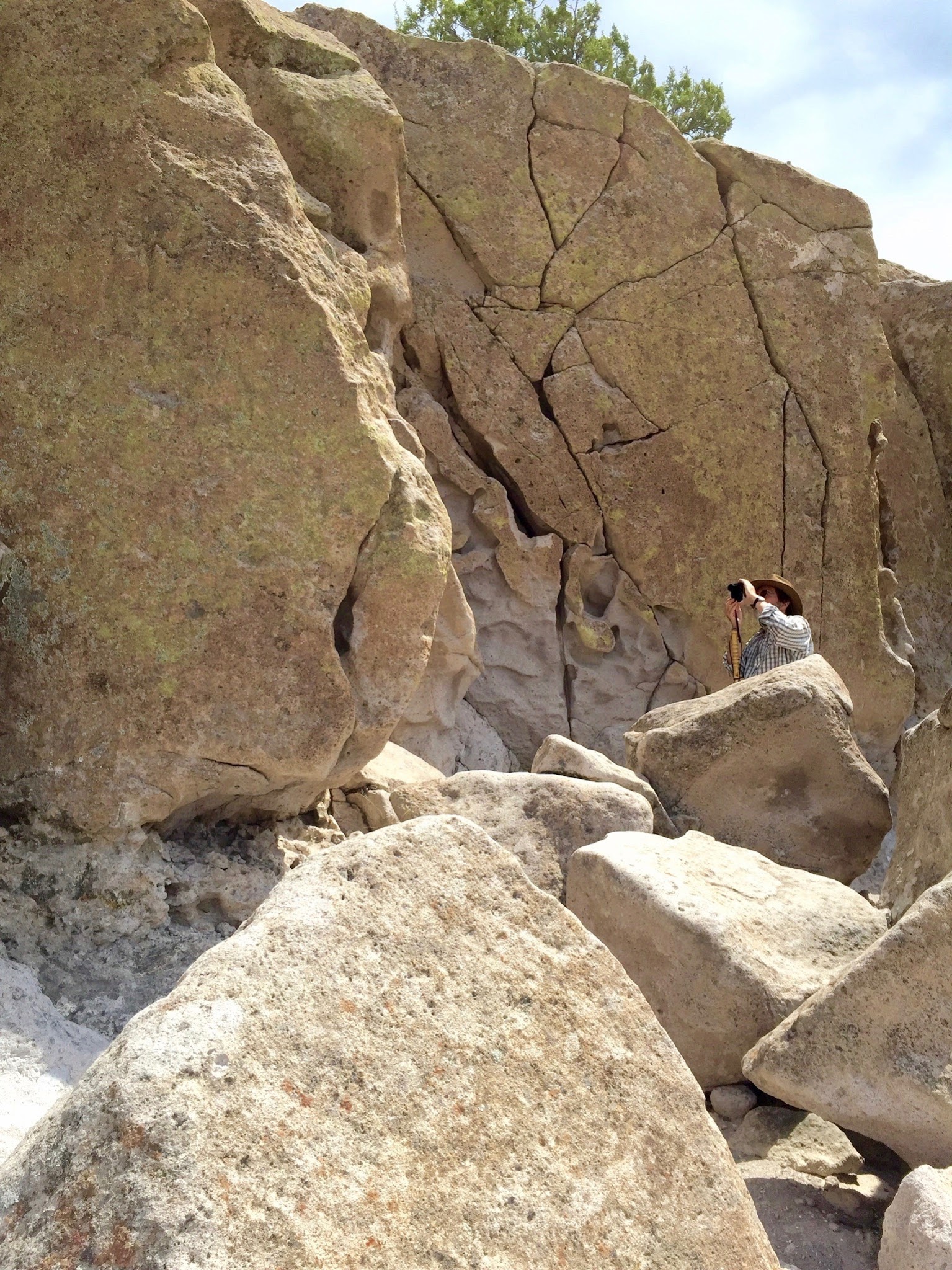 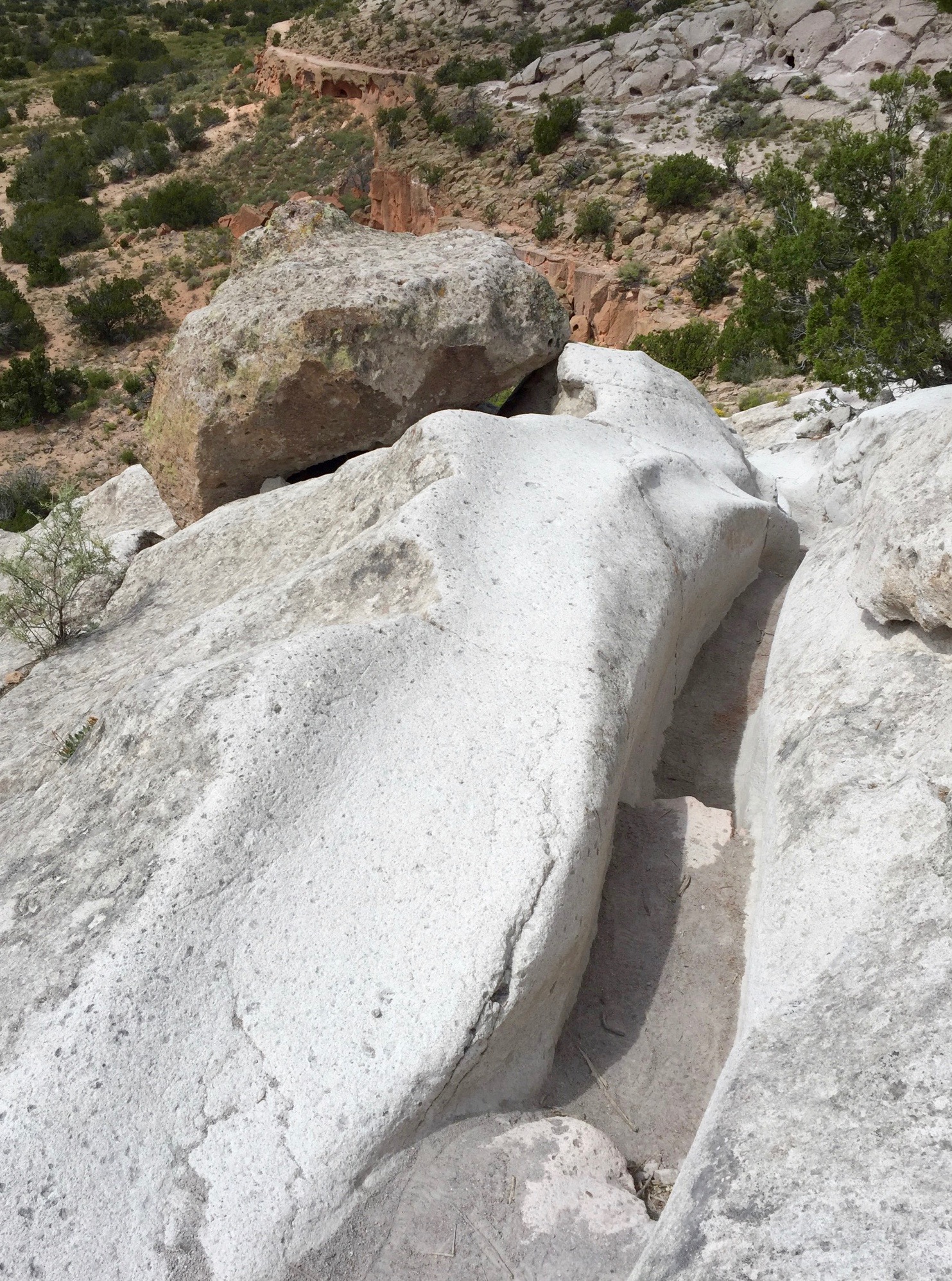 The trail in places is very narrow and steep. 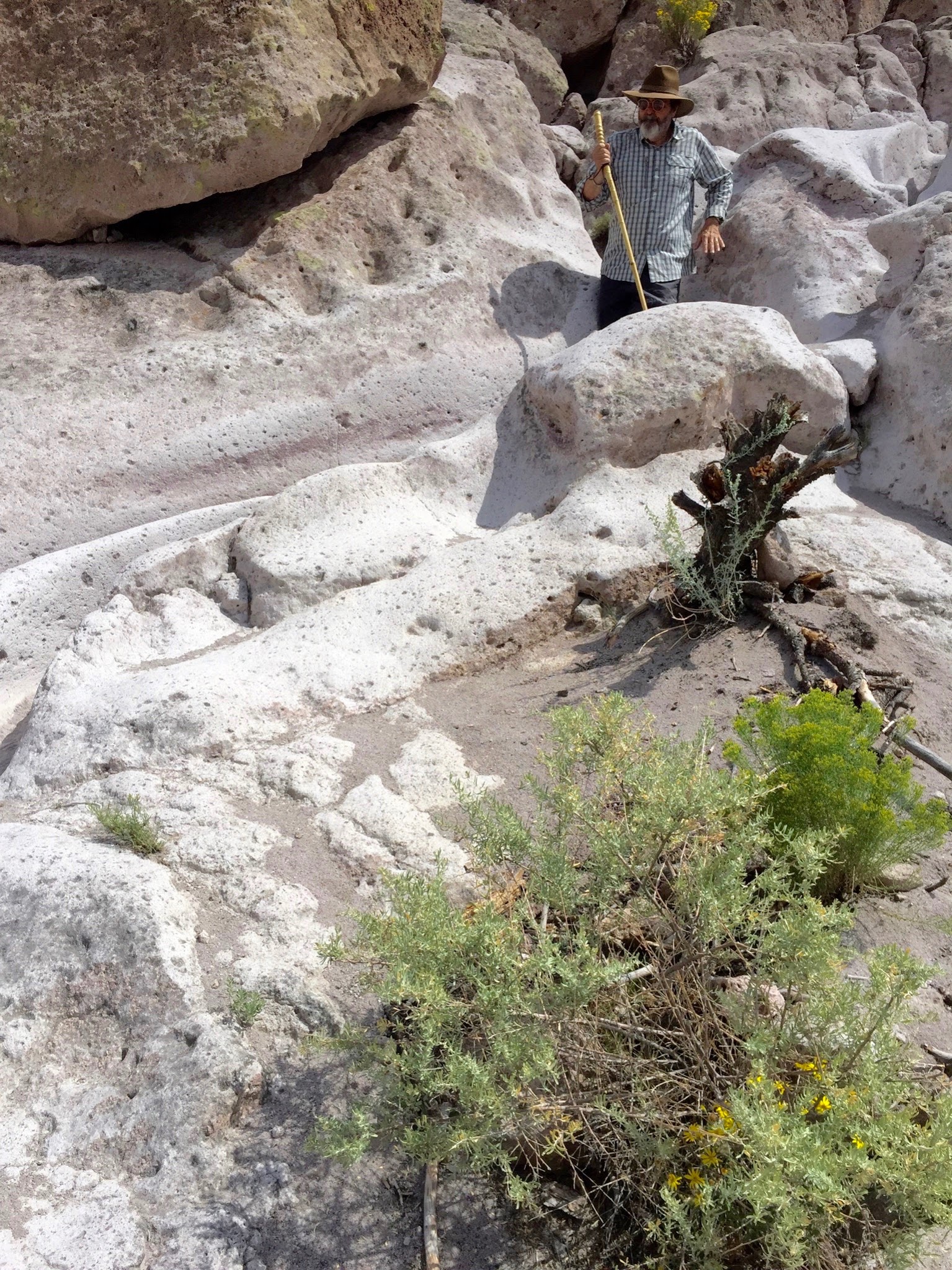 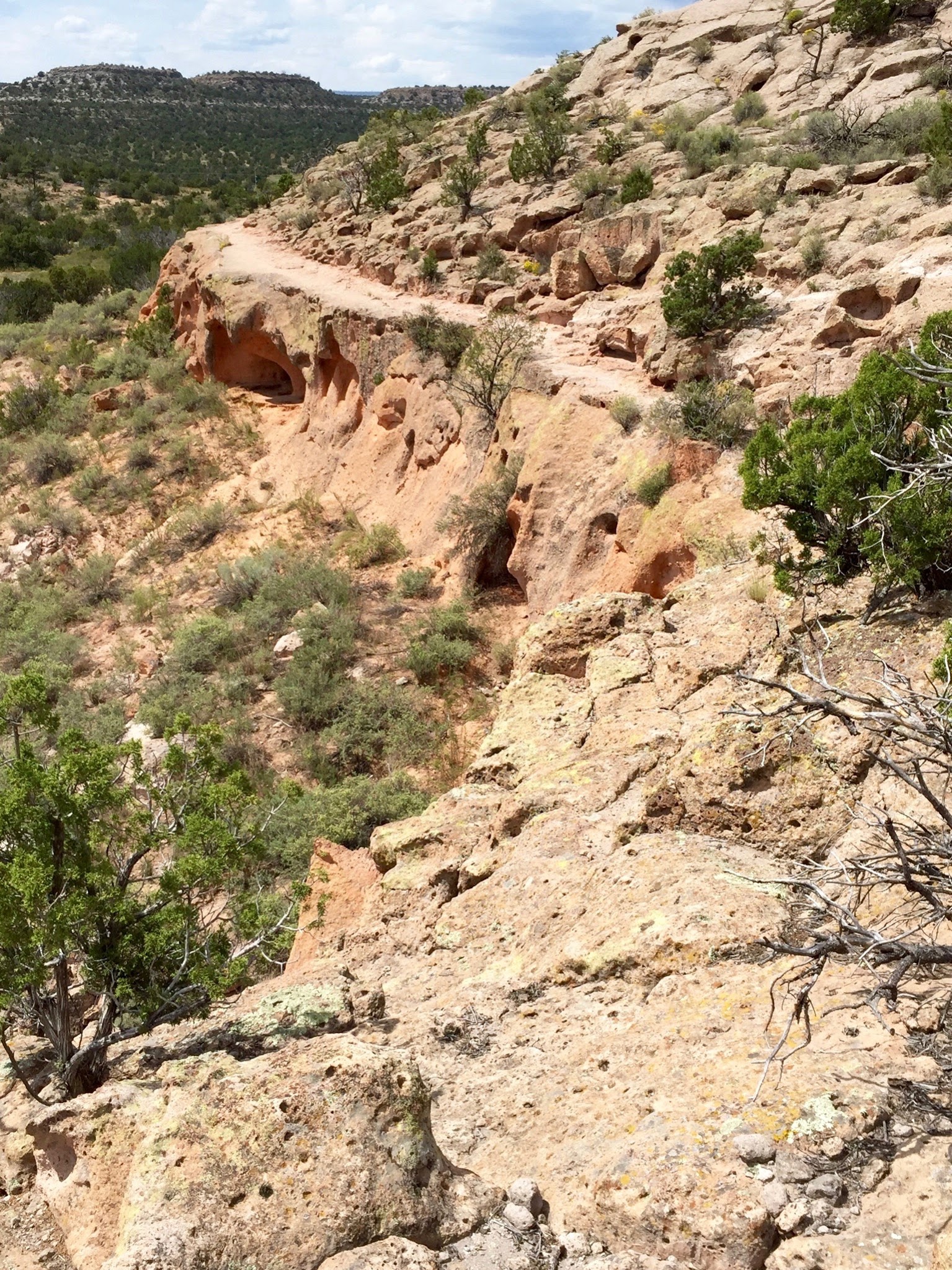 This lower path is fairly accessible but we didn't see any petroglyphs from it. 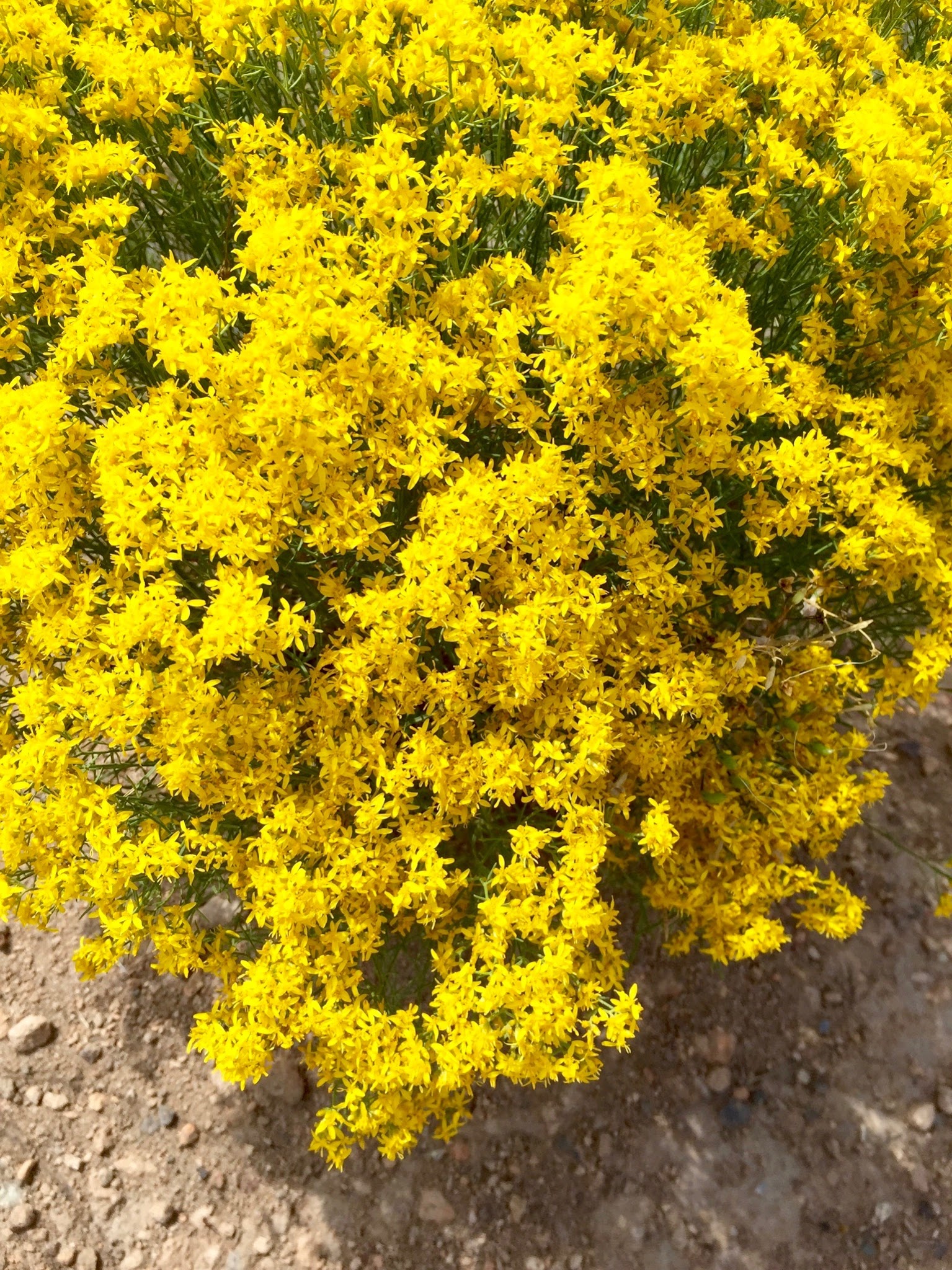 Our recent rains have really brought out the wildflowers. 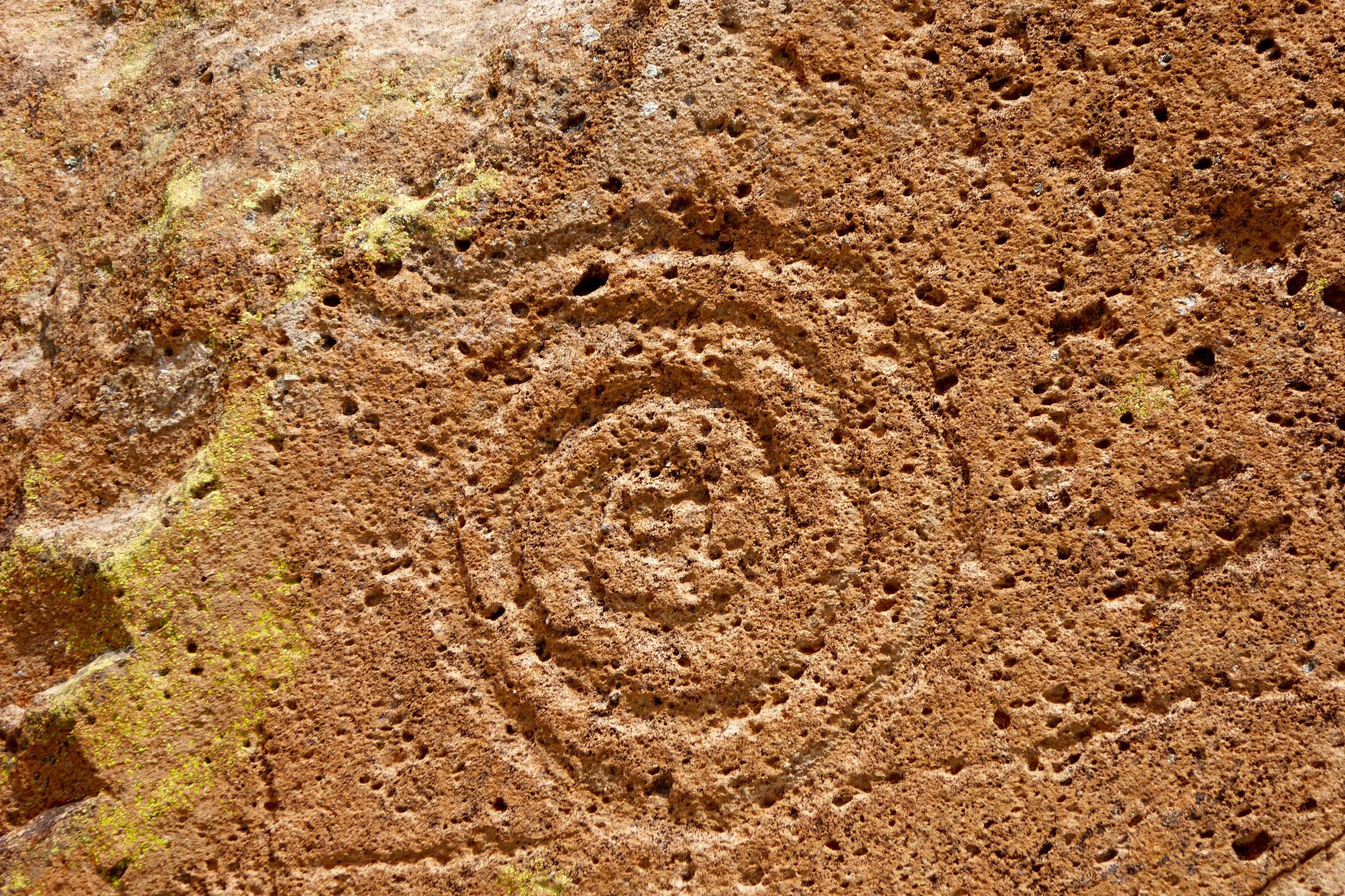 It looked like this spiral was started from the center. 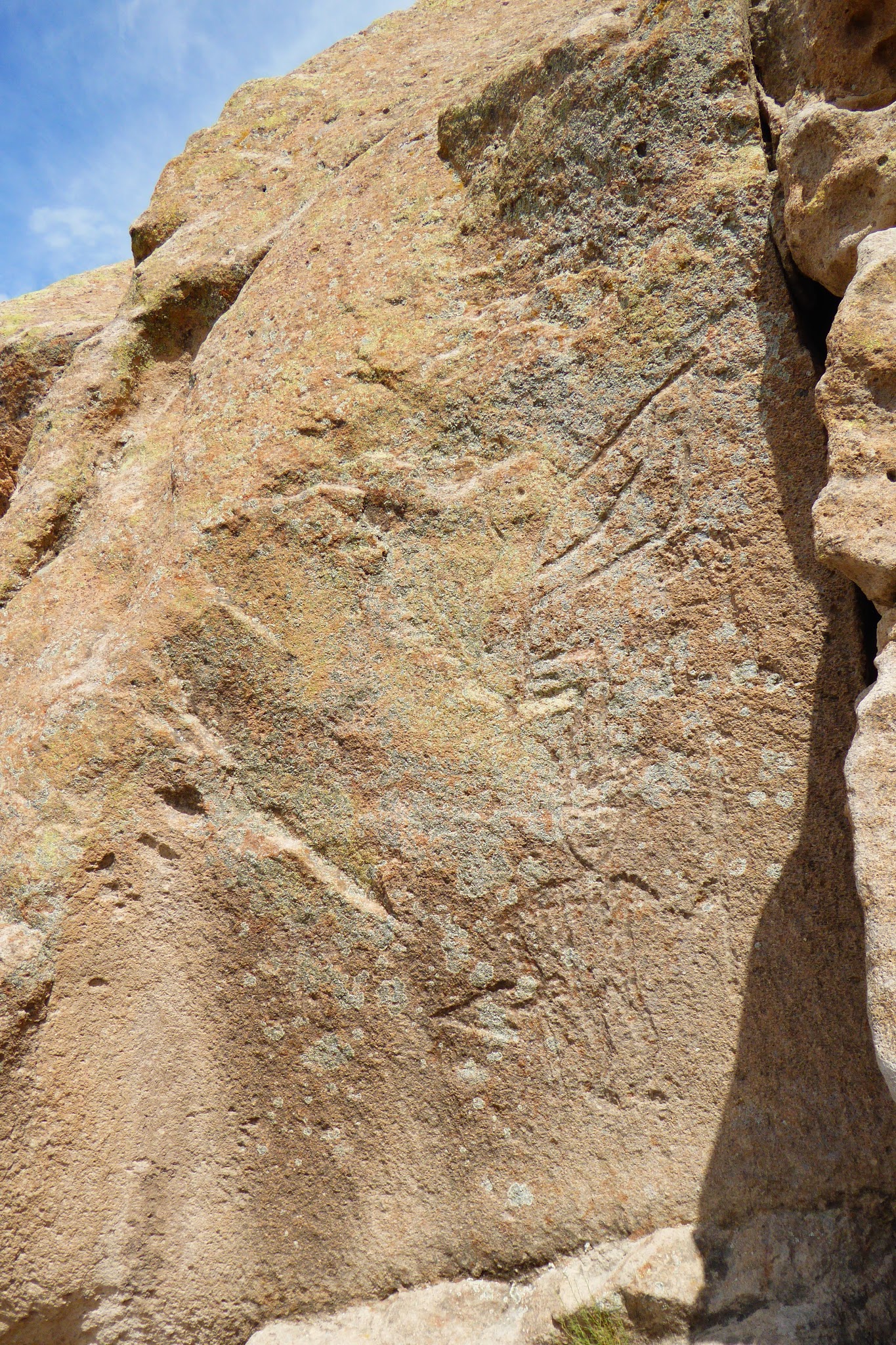 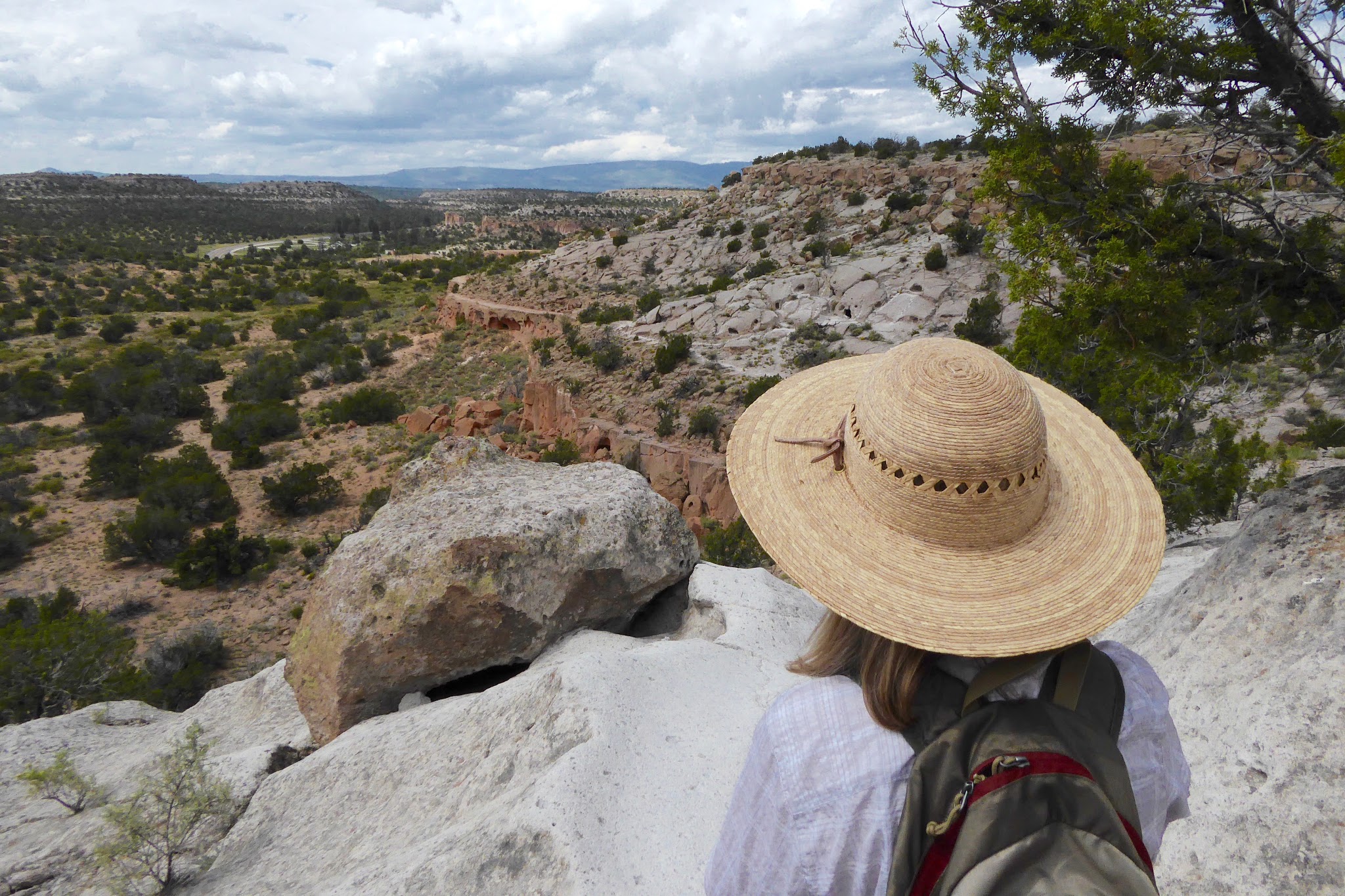 This land was inhabited by the ancestors of Pueblo Indians who now live nearby in San Ildefonso Pueblo. These people didn't disappear, they just moved to better environments.