Hidden in Plain Sight: The Art of Camouflage

Procedures
Display reproductions of artworks that depict ecosystems, drawing from various times and cultures, and discuss with students. Discuss the characteristics of ecosystems and how camouflage is an adaptation to help survival in ecosystems. Brainstorm a list of ecosystems and camouflaged animals found in them. Demonstrate procedures for making a three-dimensional diorama.
A sticky note activity may serve as the opening activity. Give each table a study print that features natural elements and a small stack of sticky notes. Ask them to work together to brainstorm vocabulary about the work and write the words on the sticky notes and place them around the image. Then ask students to write a narrative paragraph about the artwork they examined and the ecosystem they portrayed.

To Make a Diorama
Choose a habitat for the diorama and camouflaged animals that would be found there. Begin with a 9” or 12” square piece of colored construction paper. Fold it in half and then in half again (it will now have 4 sections). Open the paper and cut on one fold only to the center of the square. After making the cut, carefully overlap the two cut edges and fold the paper into a “box” (actually a corner of a box). Glue together the overlapping edges.
Use construction paper to construct two- and three-dimensional figures and objects and glue them in the “box.” Fill in the area formed by the box with paper sculpture techniques (folding tabs so objects can stand, curling paper, going beyond the space of the box, overlapping shapes). If you want to include a clay animal, have students make the animals before they begin on their dioramas. That gives time for the clay to dry and to be fired. Students work on their paper dioramas in the meantime. 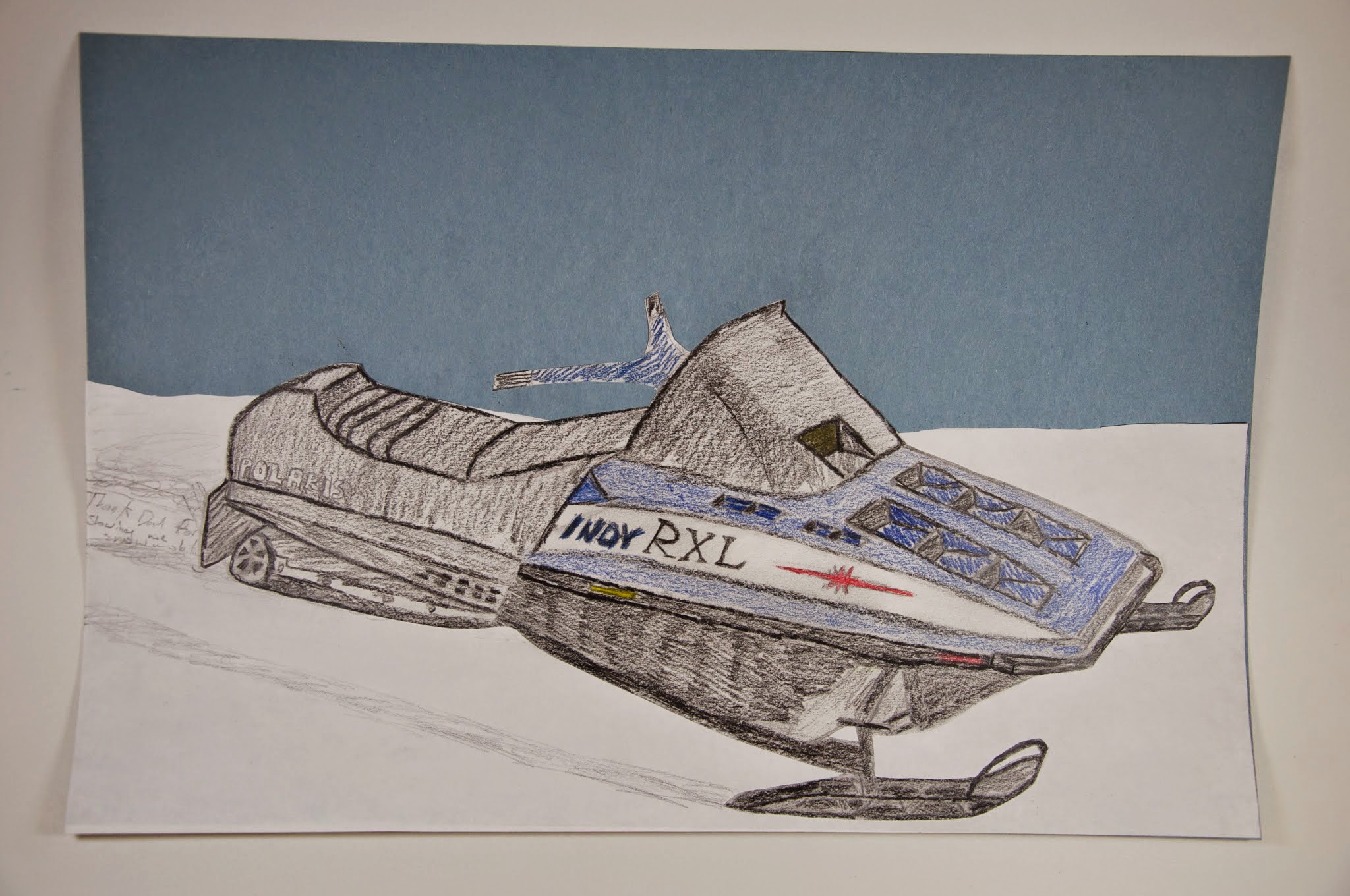 Assessment/Evaluation
To what extent did students: 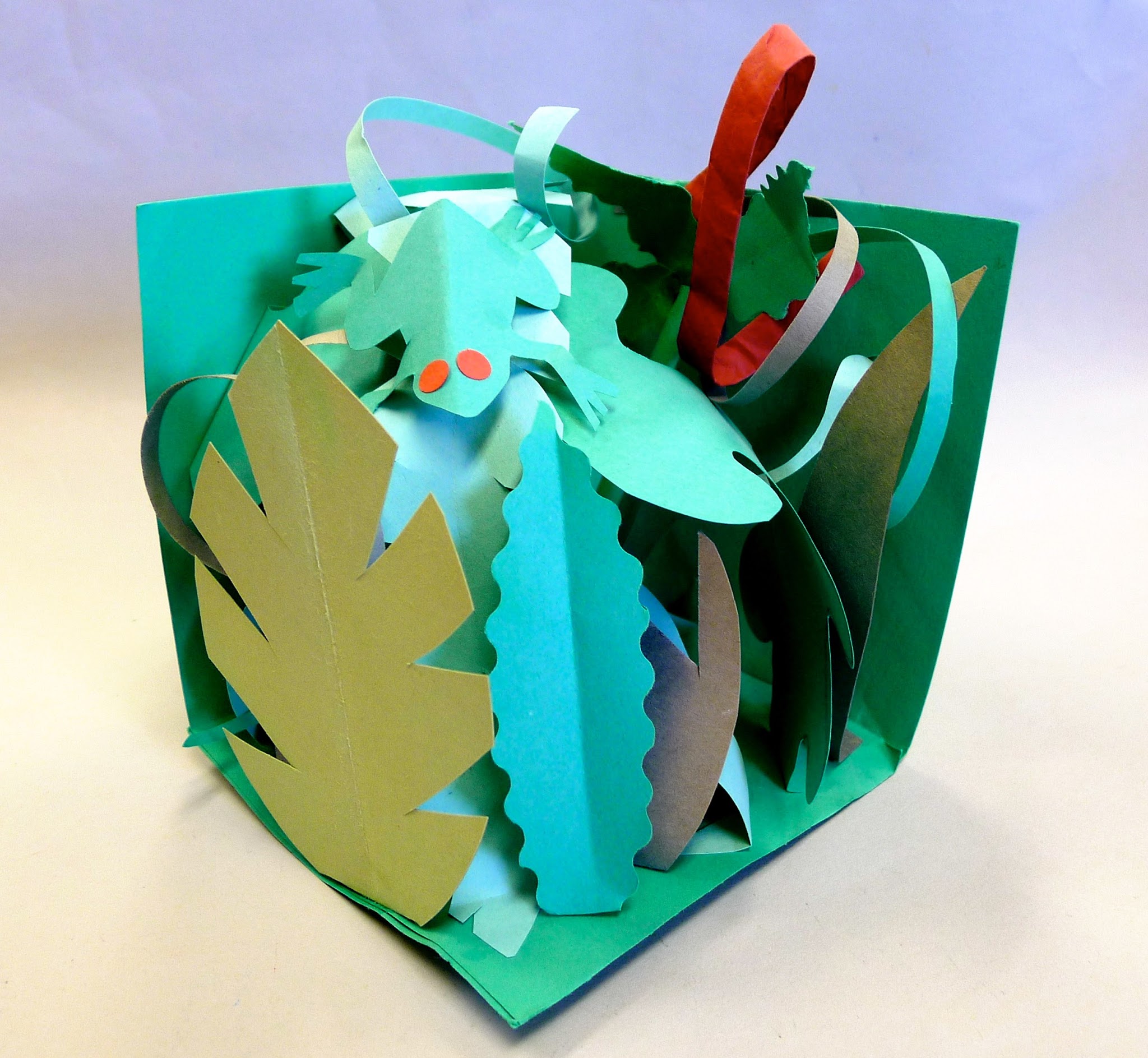 Note: The concepts in this lesson could be applied to collage as well as assemblage. Animal patterned paper is engaging to use if you want to include it. 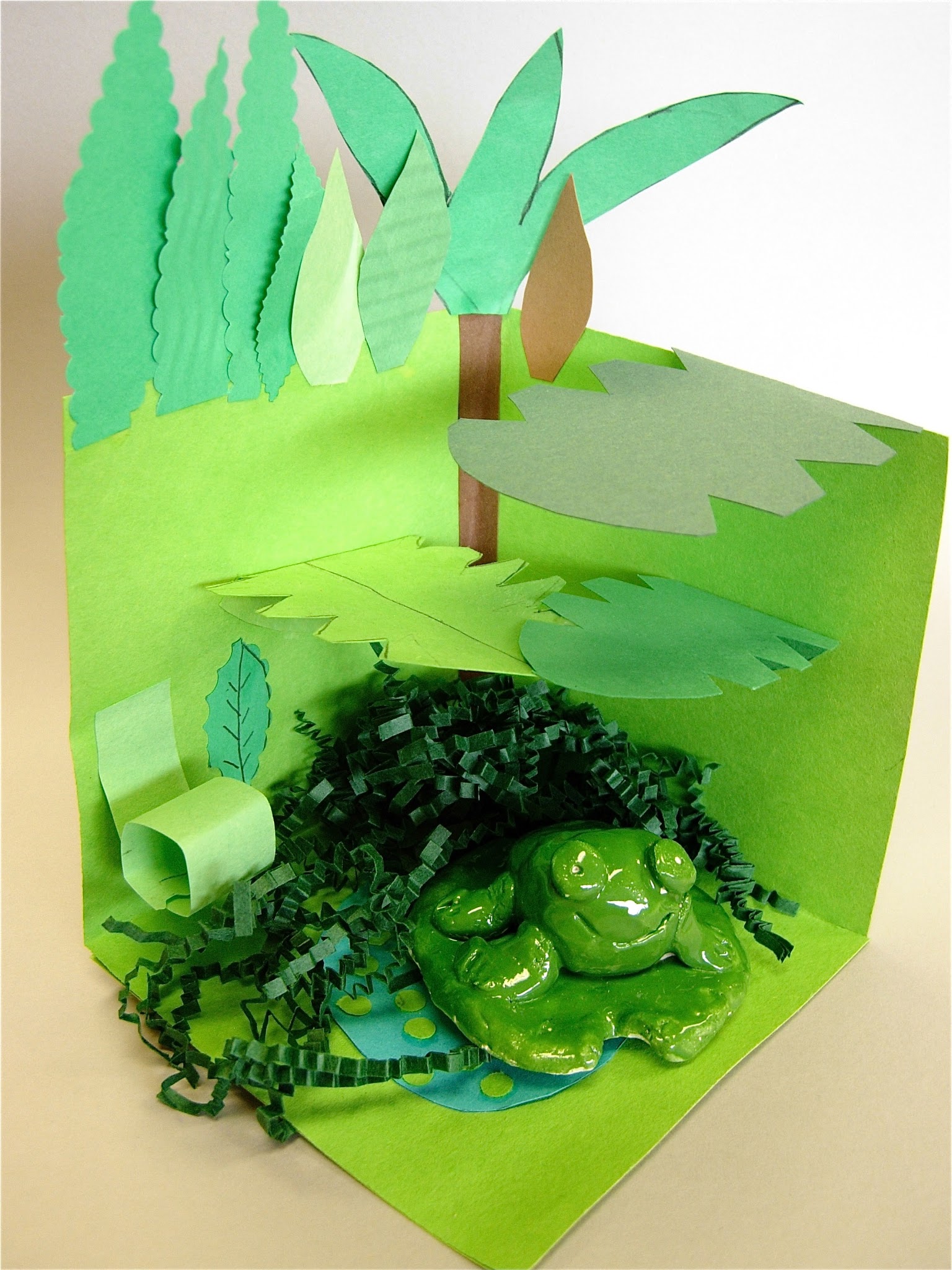 This unfinished work was made during a teacher inservice. It shows that the project can be made more sophisticated for older students.