This weekend my husband and I drove up to just across the border from New Mexico into Colorado, to Antonito and discovered Cano's Castle, just off the highway. I found in in Things to Do on TripAdvisor and definitely wanted to see it. 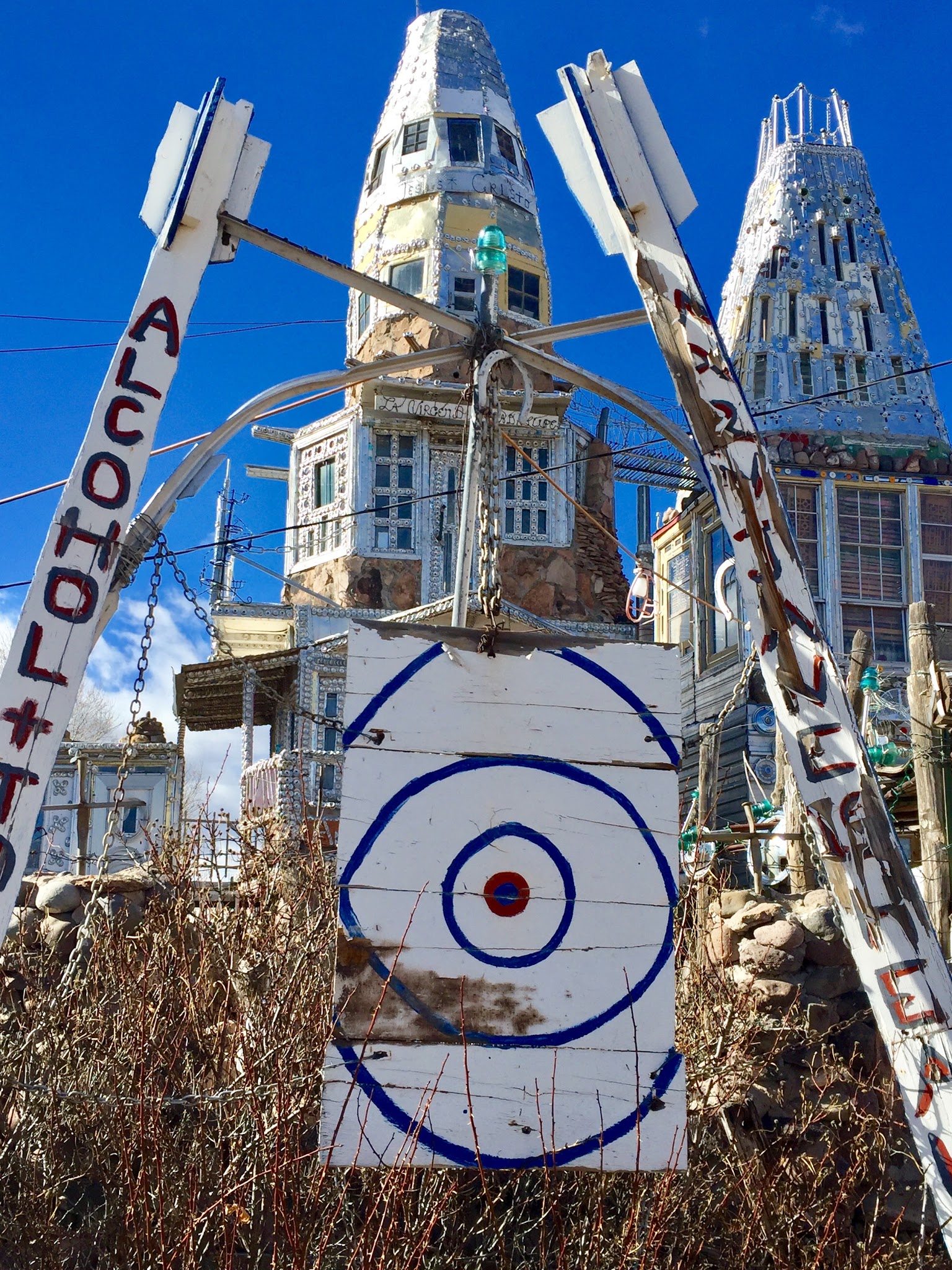 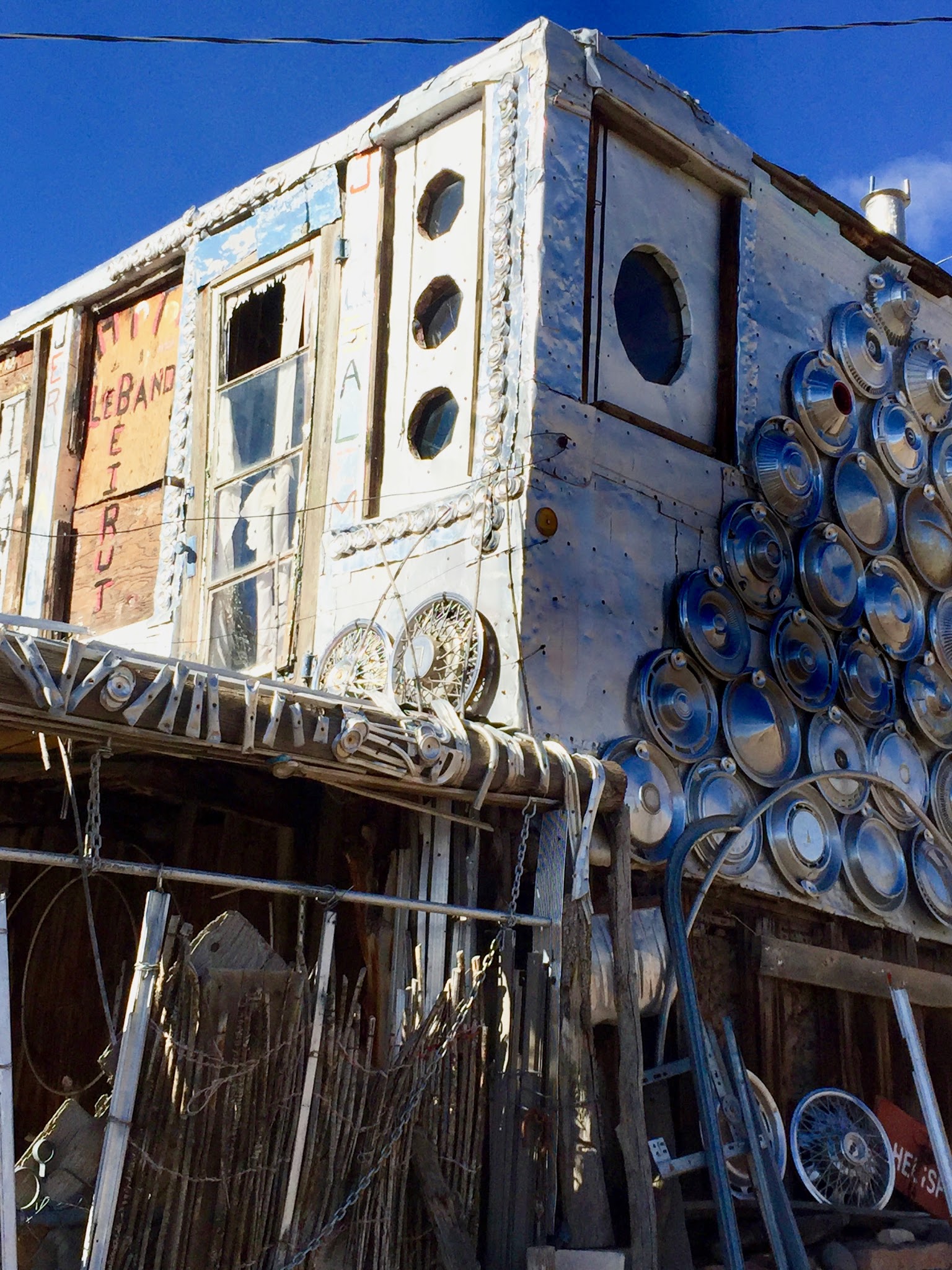 We easily found it as you can see the two towers from the highway. We got out to take photos and after a time, Cano himself came out to talk to us. Apparently he doesn't live in the building, which are off the grid, but lives in an RV behind the structures. He was very friendly and told us some long and involved stories about himself, his family, and his creations, all made from recycled materials. To me, he is a great example of an outside or visionary artist, as he is self-taught and has specific reasons for building what he does. 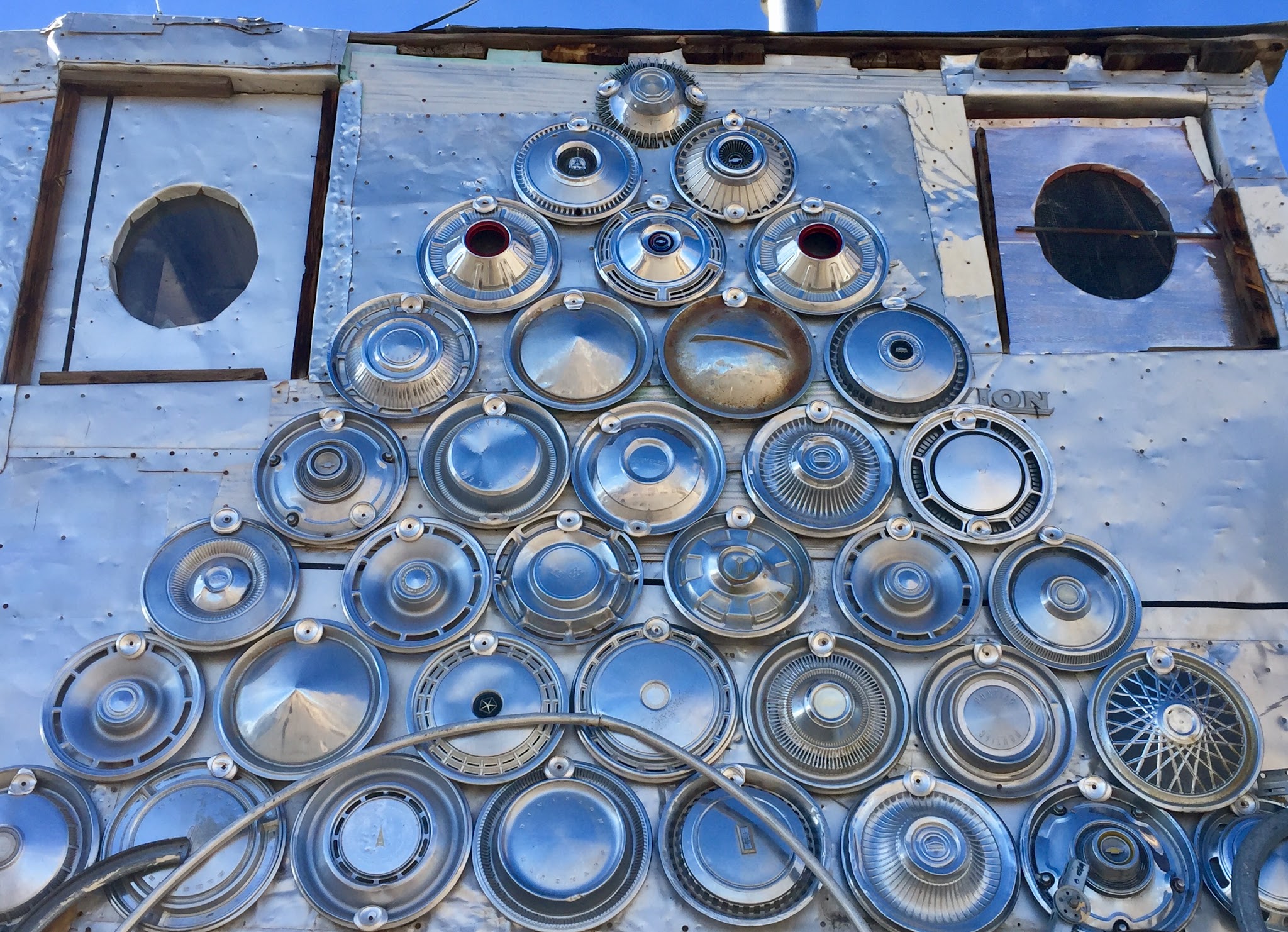 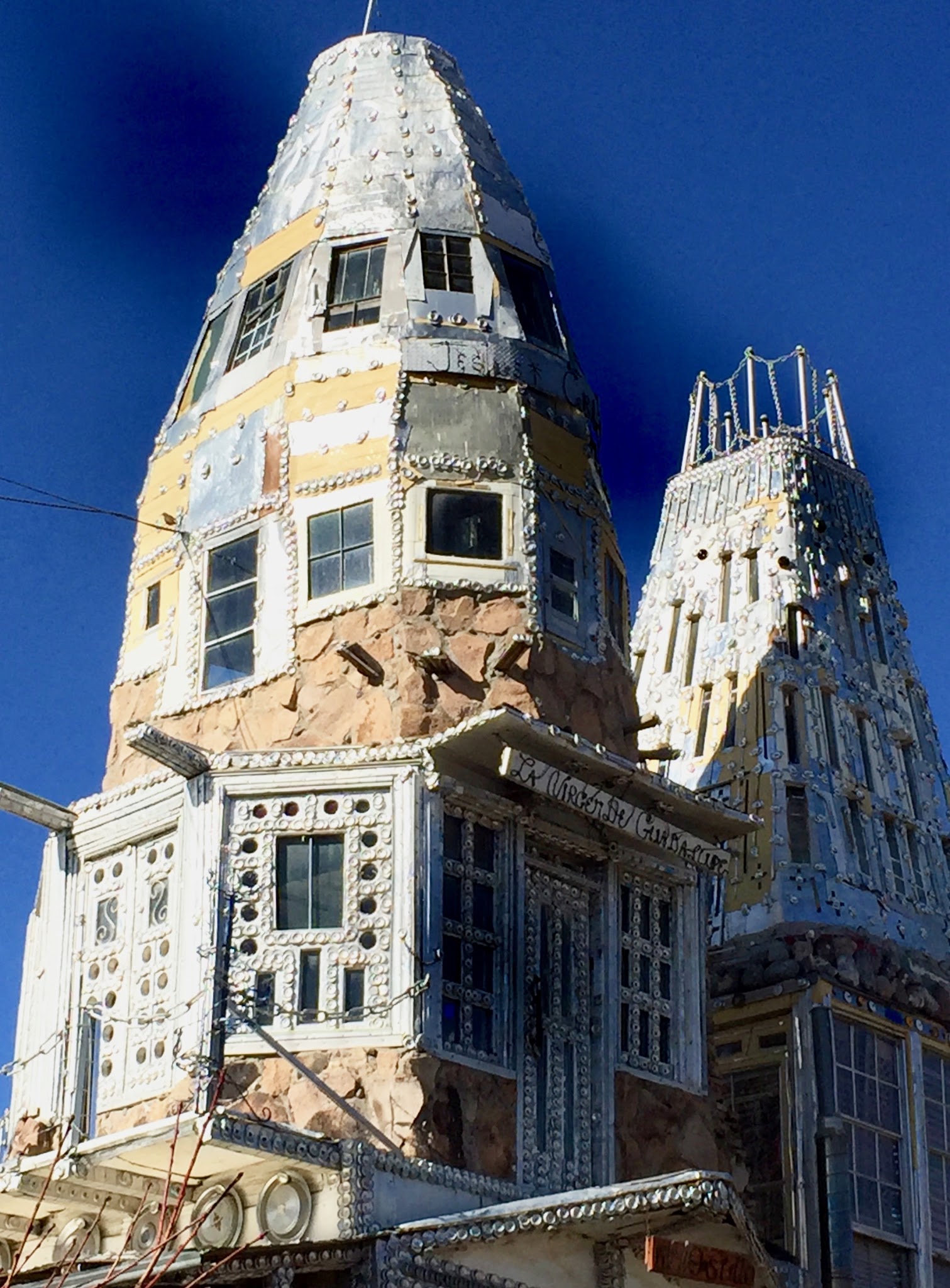 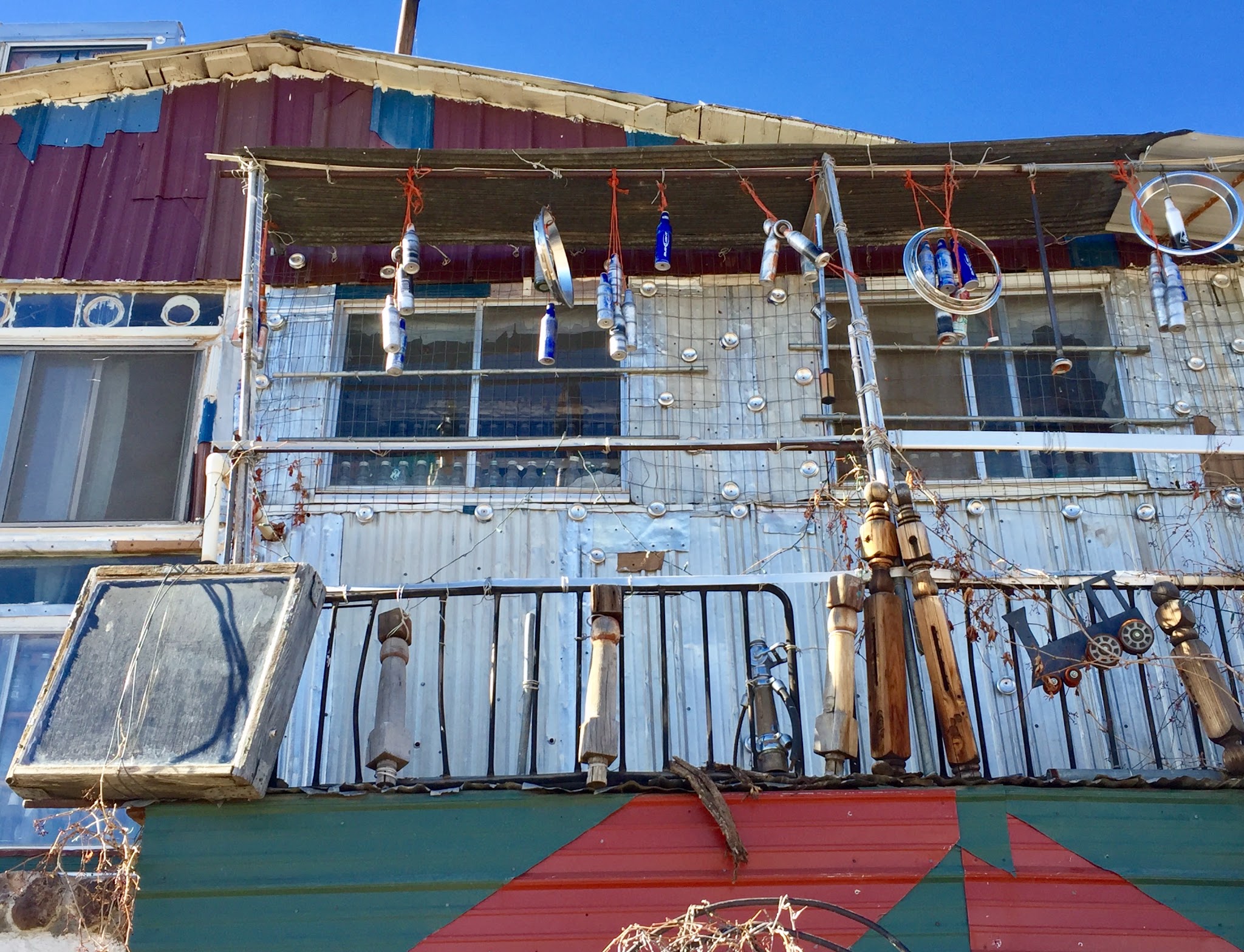 In front of the two towers is kind of a ramshackle house, perhaps not quite as embellished as the towers. He invited us in and show us a shrine he had in one room, along with some large format professional color photographs of the place. 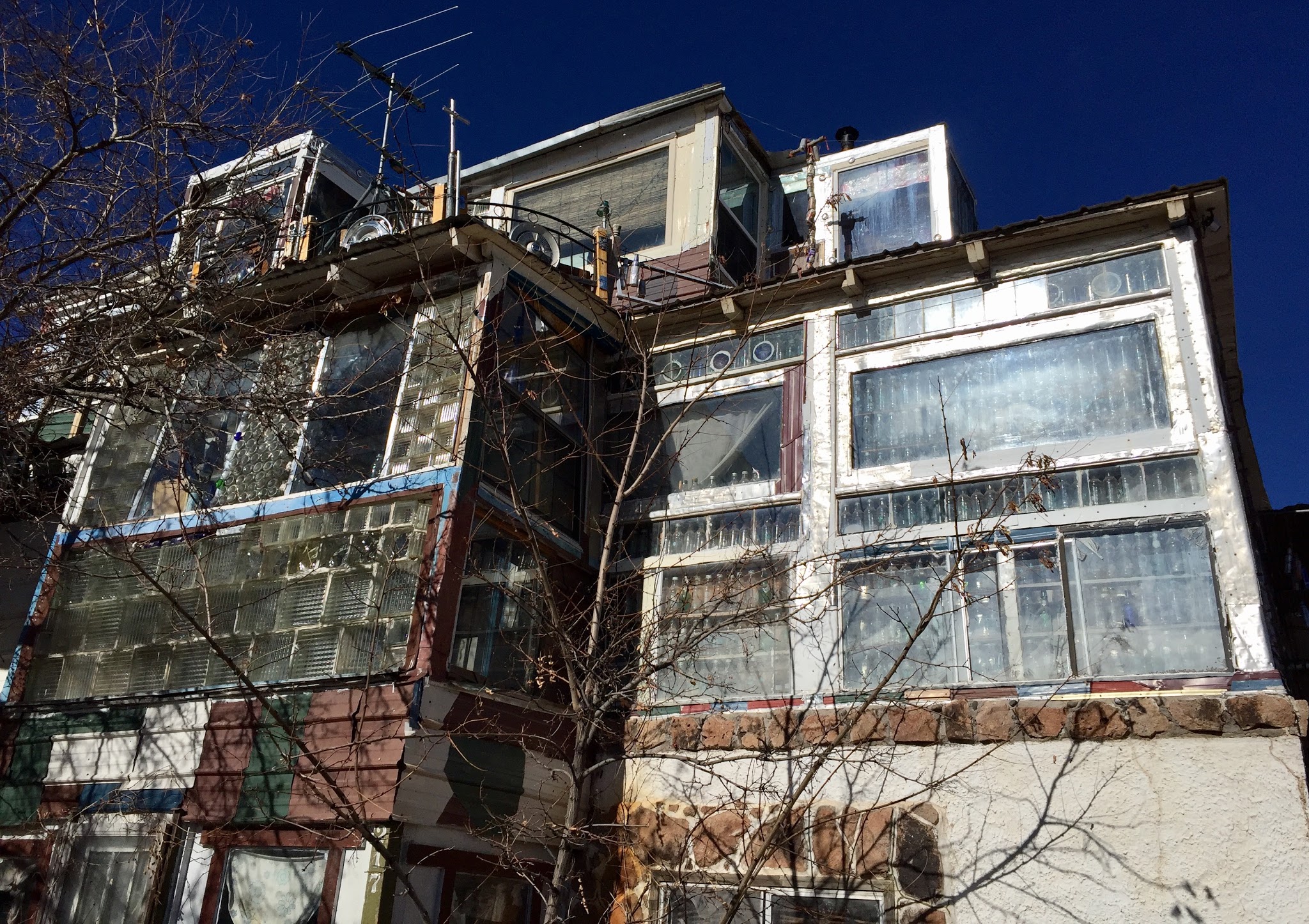 This is the street view of the house. 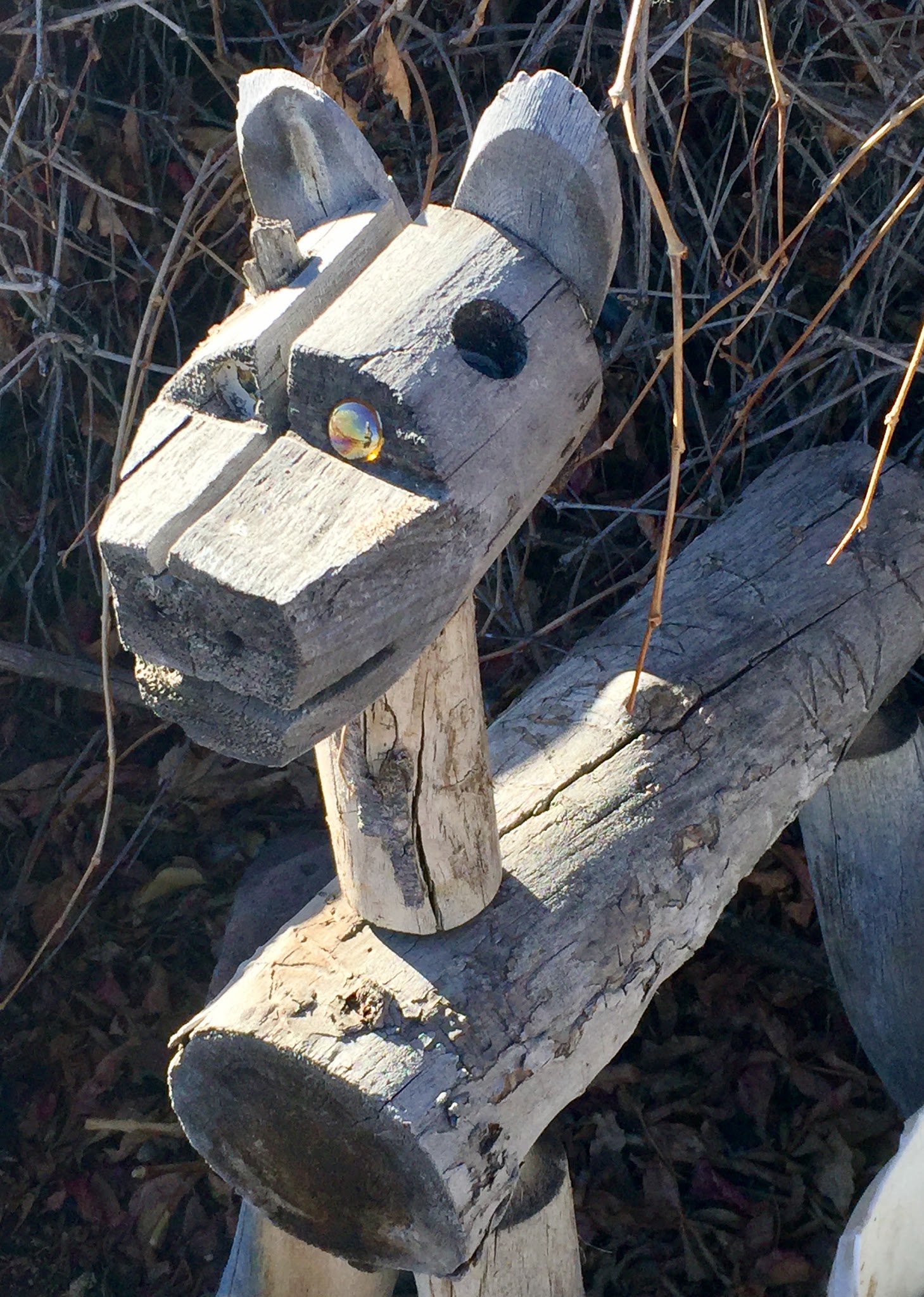 A figure in the yard. 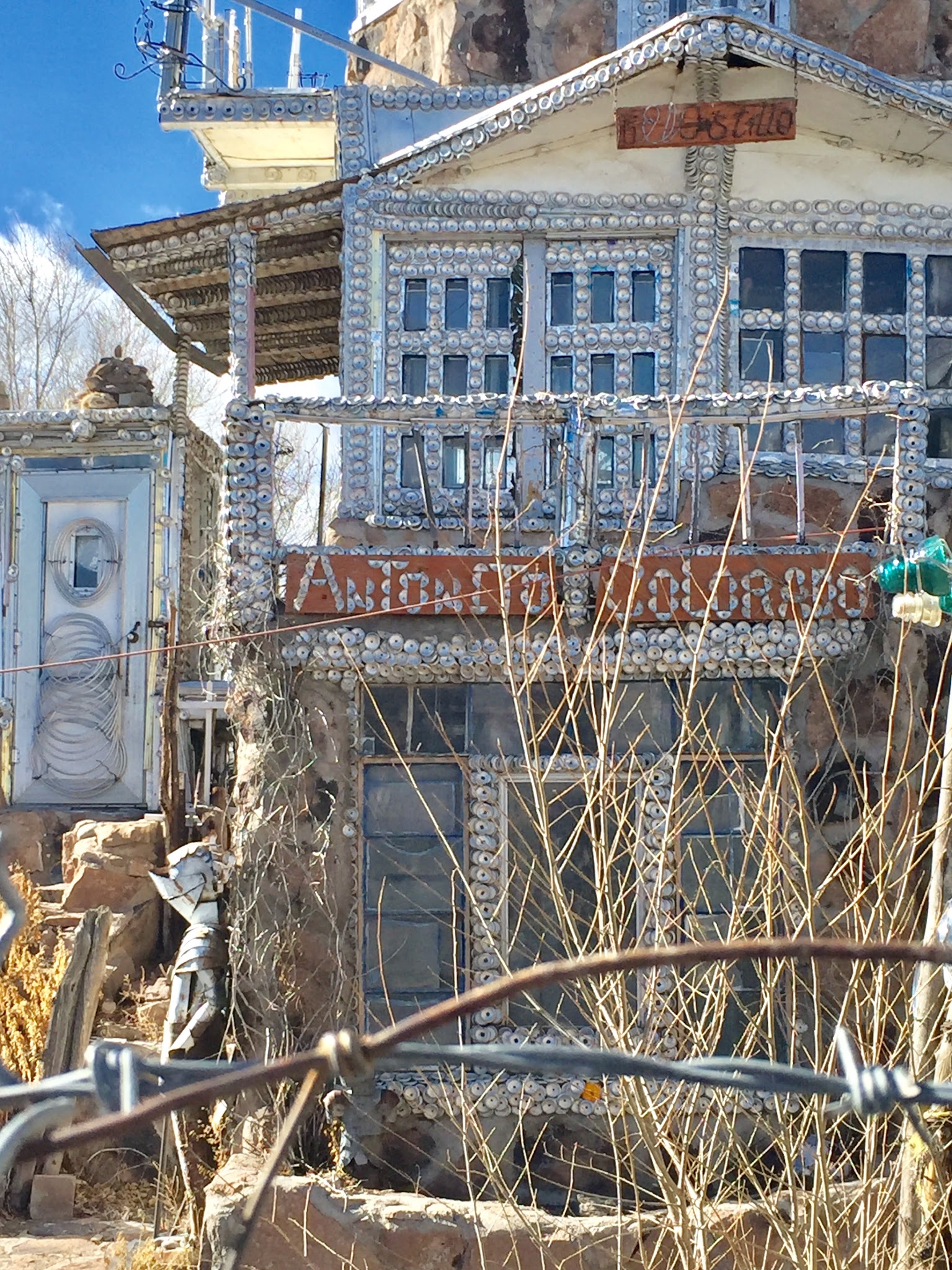 There is a metal suit of armor in this photo, facing to the left. 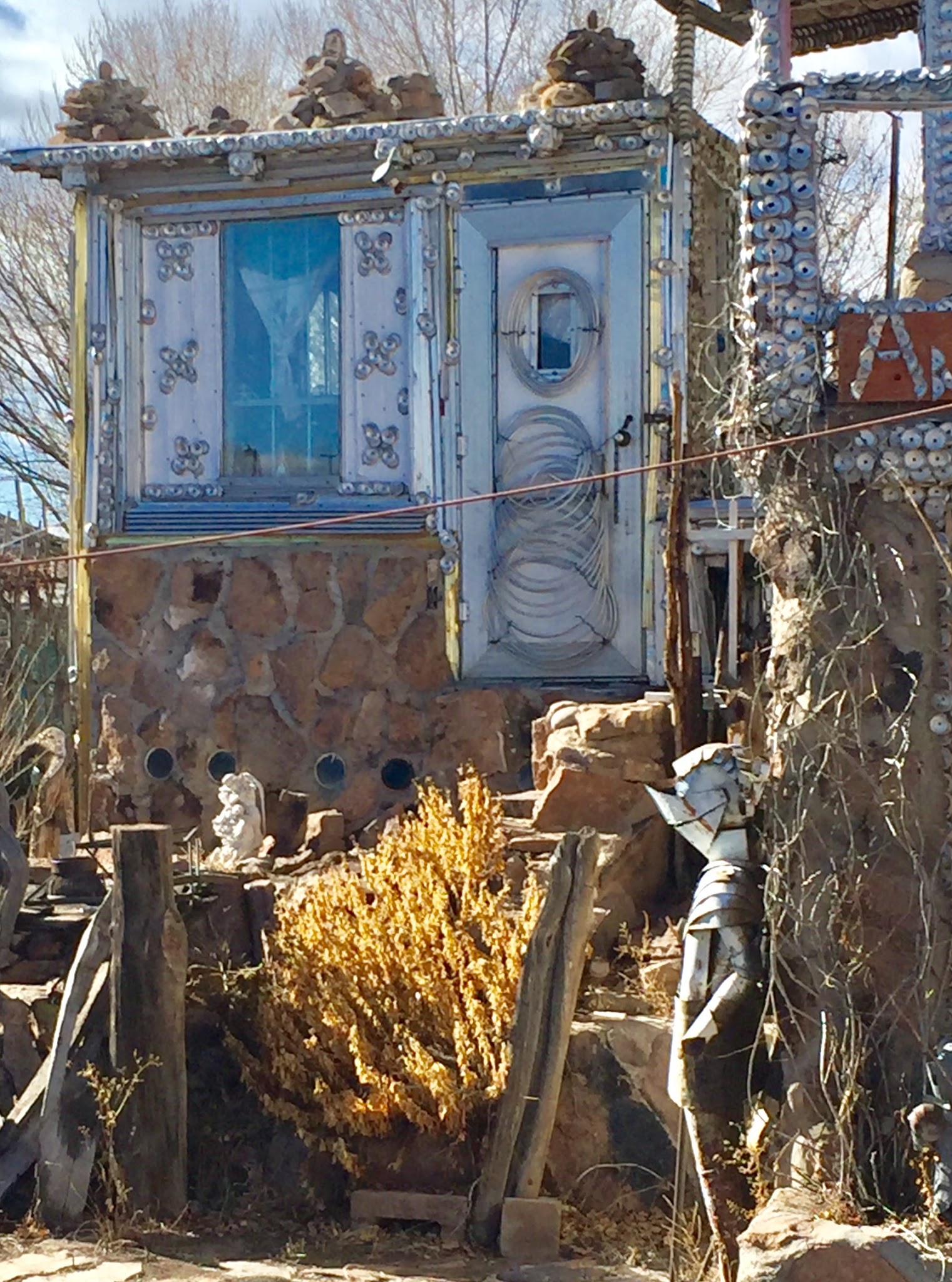 You can see the armor here, as well. 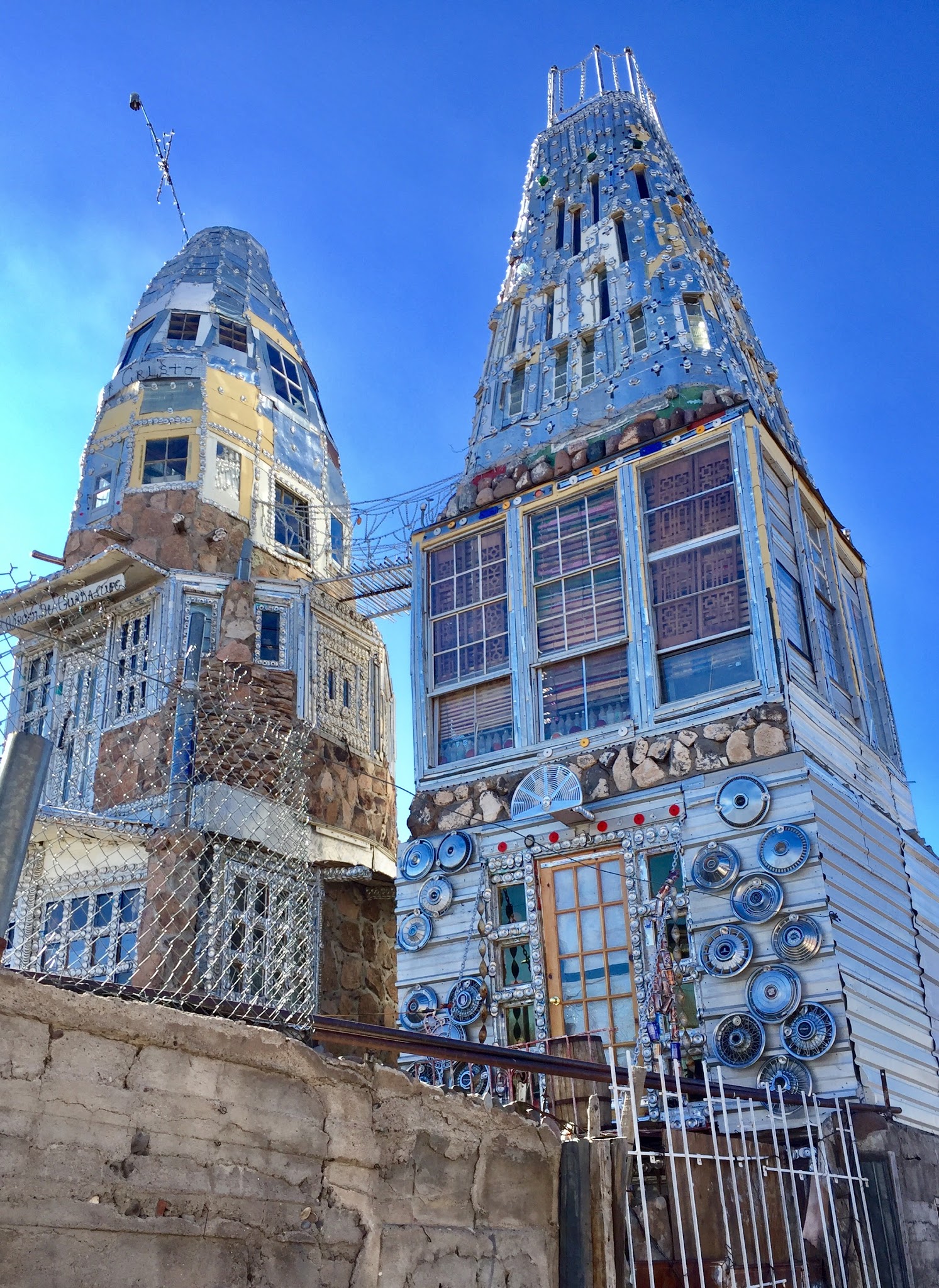 The two towers are connected by a bridge and he gave us a signed photo that shows him standing on it. He has plans for a zipline (not sure that I would try that out). 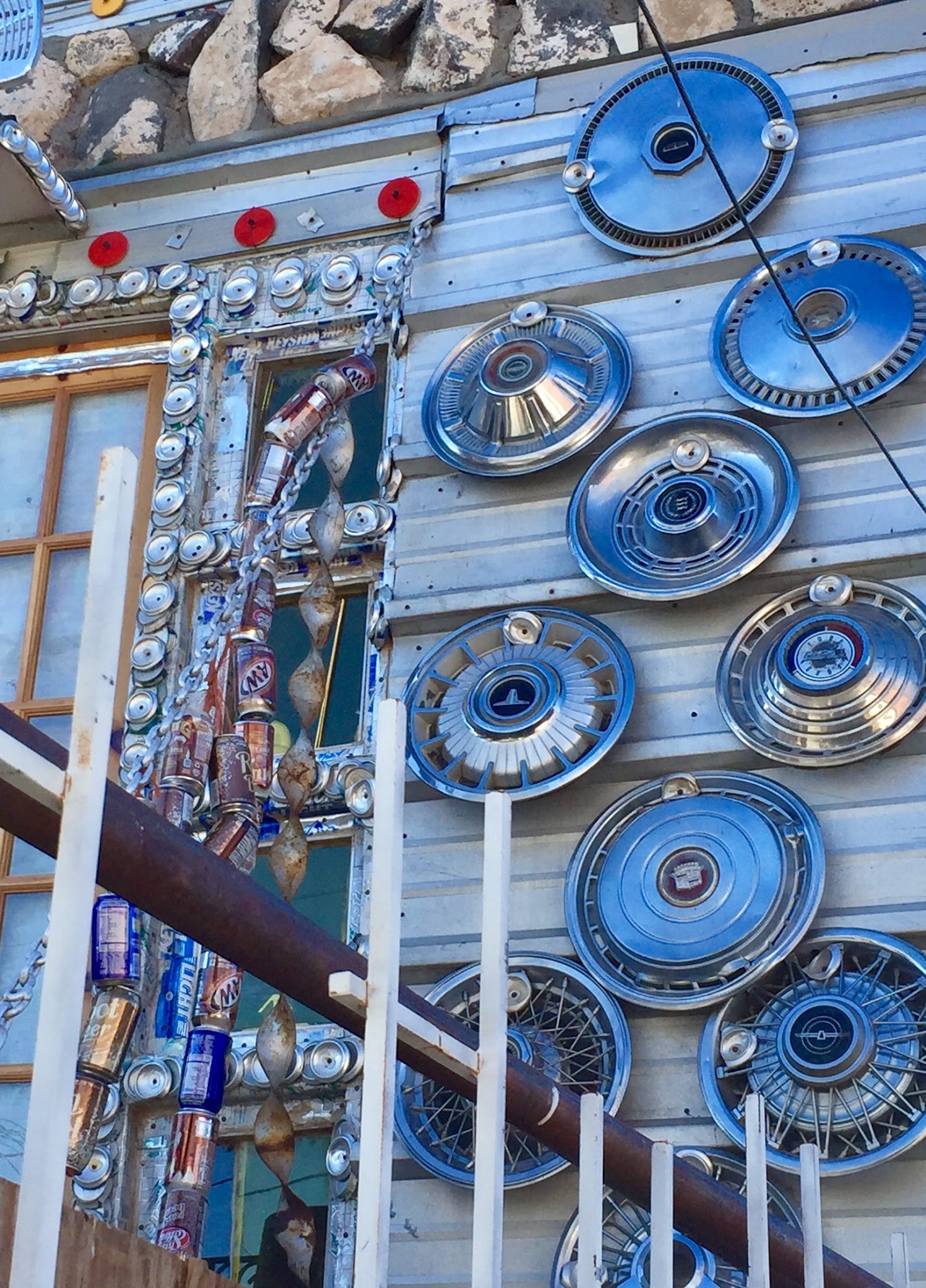 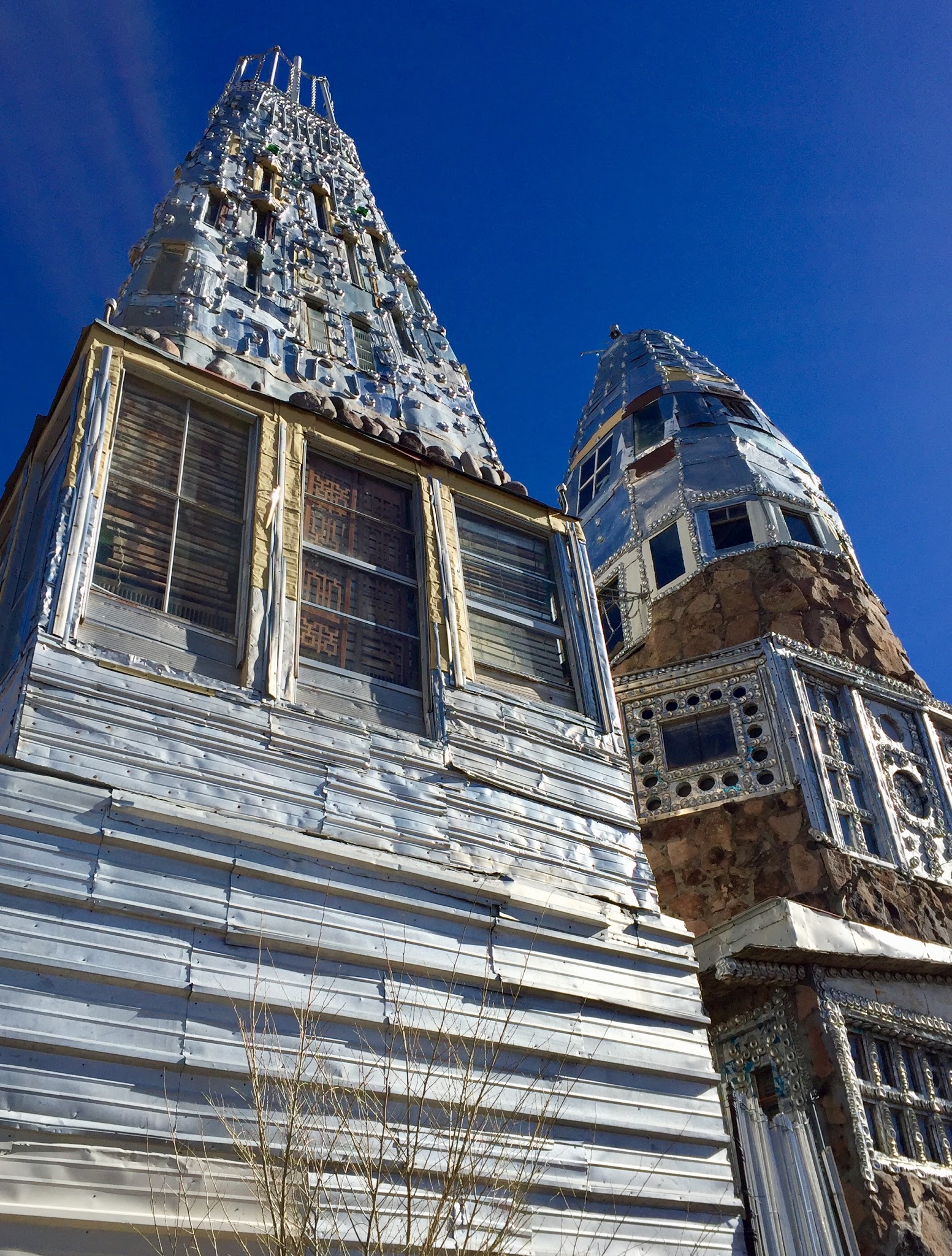 This shows the towers from the back of the lot. 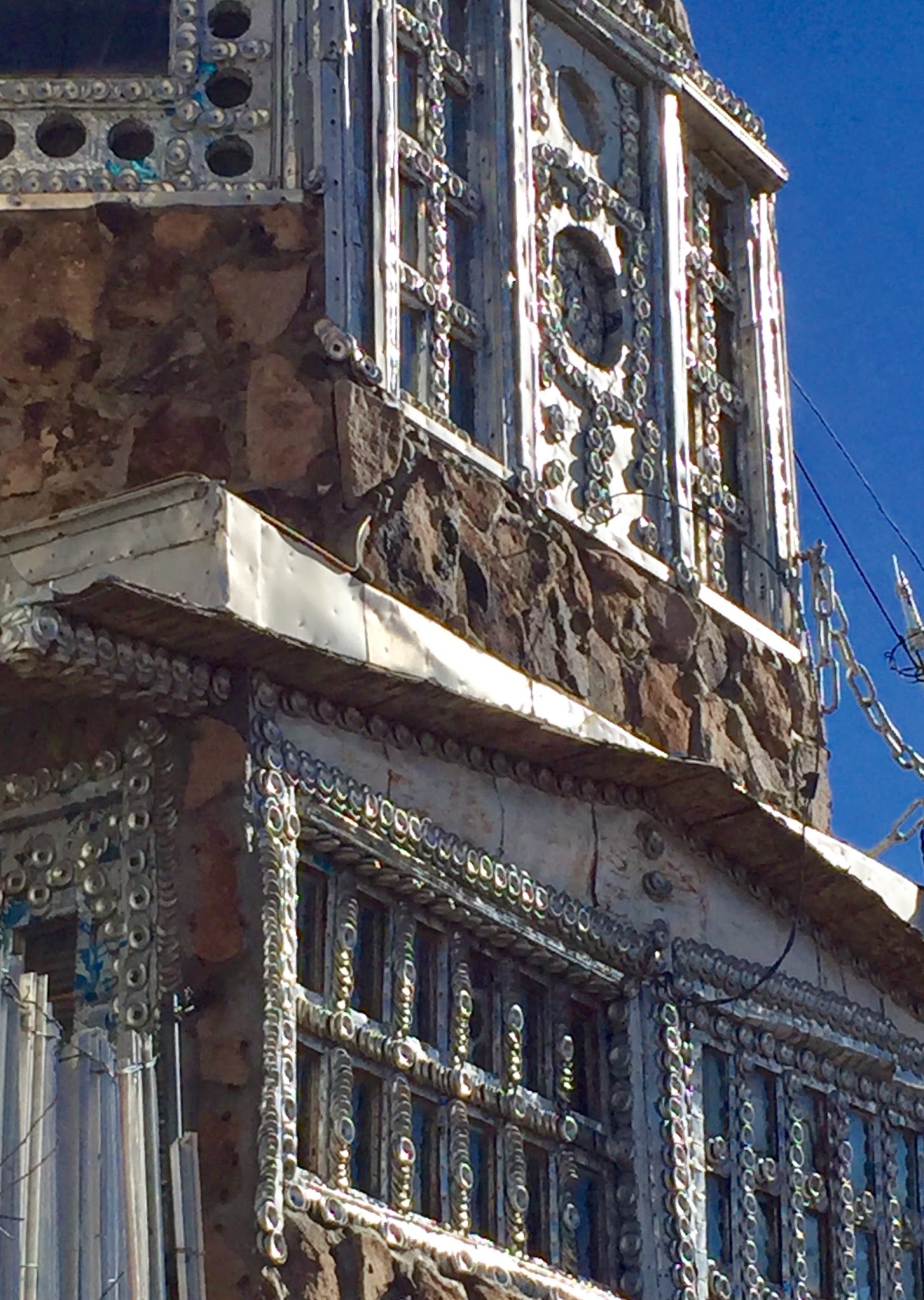 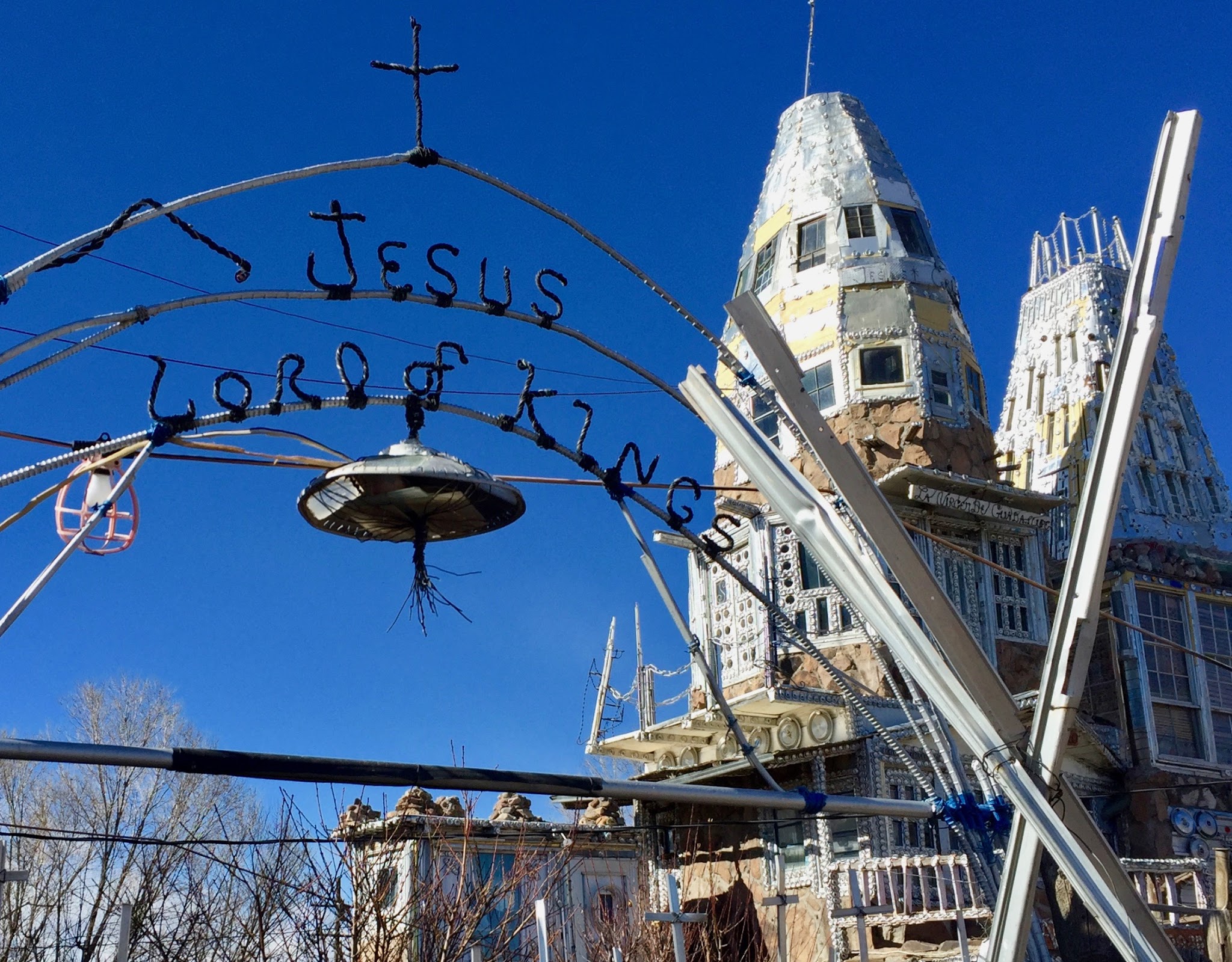 The gate into the back yard.

I was gratified to find quite a lot about Cano online. Here is the text I found about him and his towers on Roadside America, at , https://www.roadsideamerica.com/story/11786

Cano's Castle rises out of an otherwise unremarkable neighborhood of homes. Its silver walls are blinding in the Colorado sunlight, its five separate structures have all been enlarged upward: a house, a garage, a shed, and whatever lies at the base of its two soaring towers.
Scrap aluminum gives the castle its dazzle: wire, hubcaps, grills, screen doors, window casements. Bicycle reflectors add notes of color. Countless beer cans, carefully cut apart, predominate. The tops and bottoms are nailed to the walls in repeating patterns; the middles have been turned inside-out and hammered flat to create aluminum siding.
For all of the castle's showmanship, Cano himself is a private man. He lives off the grid, so we just showed up, guessing that early morning might be a good time to spot him. The property seemed deserted, but one of Cano's neighbors assured us that he was around. Several minutes later, he appeared.
"My time is very, very important," Cano said. He told us that he usually doesn't speak to strangers unless they are "nice ladies" or, in our case, because God told him to.
Cano may have begun life as Dominic Espinosa, but that name has vanished for him, as has his original purpose for building the castle. He didn't want to talk about that, he didn't even want to acknowledge that the castle was his work. "God built it," he said. There are reports that Cano invented his name because of all of the beer cans, but he told us that his name is pronounced CAH-no and that it's "an Indian name; it's like, 'reborn.'"
Cano calls his creation "Jesus' Castle." He said that Jesus has been living in it since 1987. "I made Jesus my neighbor so Jesus will back me up," Cano said. "I want to persuade Jesus that he needs to go to Washington so that I can go with him."
Cano sliced the air with his hands as he ticked off a list of injustices: he was on food stamps for 35 years, his uncle was murdered by a greedy sheriff, his dad was serving in World War II when his land back home was given to a Nazi! Cano said that he must go to Washington, DC, to meet the President.
To address the injustices, by Cano's reckoning, the U.S. should give him a large chunk of southern Colorado (and some of northern New Mexico as well). The land was stolen from his family in 1921, and was a gift from God to Cano's uncle (the one who was murdered). Cano wants it back.
There are thousands of aluminum-sided square feet in Cano's castle, but he lives across the street in a trailer behind some trees. Jesus apparently has the castle to Himself, and, also, the local utility company has shut off its water supply (another of Cano's grievances).
Always resourceful, Cano now seems to be living off of the land, with a well-tended garden in an adjacent lot, and a pen of goats, geese, and sheep. On the other side of a creek he showed us a sweat lodge he had just built out of mud.
Doomsday, according to Cano, might arrive soon if the President gives him the cold shoulder. Cano originally believed that Doomsday would arrive in 2000, but its tardiness has not discouraged him.
The End will be here quick enough, Cano said: a rain of God-targeted meteorites that will kill two of every three people with pinpoint accuracy. "Jesus is coming to get rid of all the bad people," he told us.
Cano said that the meteorites will also flatten all of the world's skyscrapers. That would include Cano's Castle, but that doesn't seem to bother Cano. It'll be sad to see the castle go, so everyone should visit it while they still can, and maybe get on the good side of someone who has the ear of God.
"Hopefully you'll hear that I got to Washington," said Cano as we left. "You let the people know what it's all about."
From Atlas Obscura, https://www.atlasobscura.com/places/canos-castle
From SPACES, http://www.spacesarchives.org/explore/collection/environment/dominic-cano-espinoza-canos-castle/
From Gone with The Wynns, https://www.gonewiththewynns.com/canos-trash-castle-colorado
If you are ever in Antonito, Colorado, look for the towers and stop by.  Cano might even come out to talk to you. 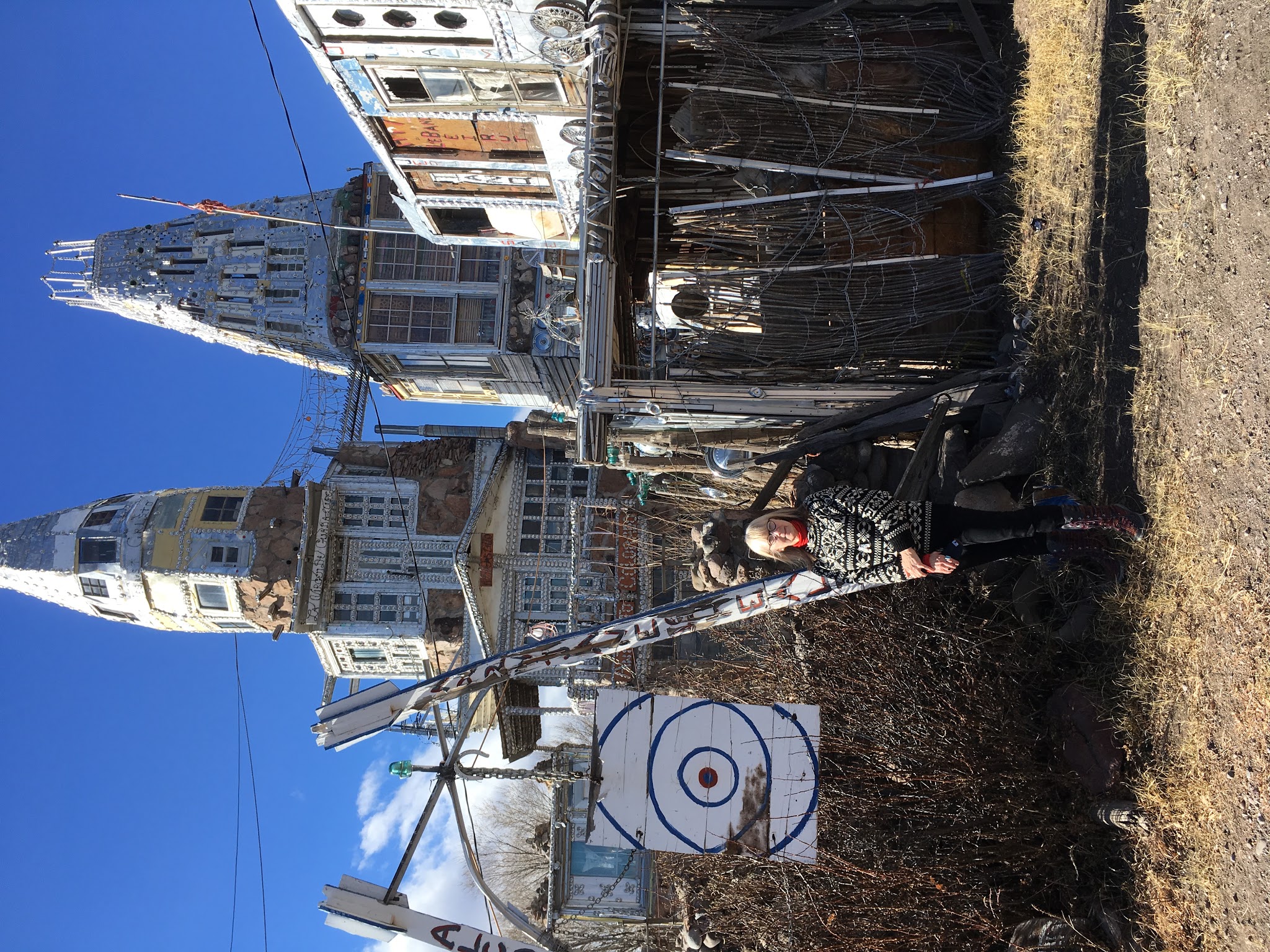